James Holmes, age twenty-four, is accused of opening fire in a suburban Denver movie theatre, killing twelve people, and wounding fifty-eight others during the midnight premiere of The Dark Knight Rises on July 20, 2012. 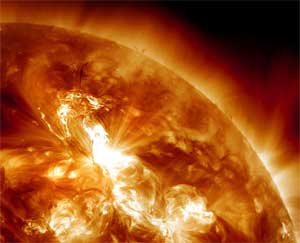 Around the same time, in the east end of Toronto, we had a shooting at a party July 16 on Danzig St. that killed two people and wounded at least twenty.  On June 2, 2012, a shooting took place at a food court at the Toronto Eaton Centre, while the mall was heavily crowded with shoppers.

Is it 2012? Is it the sun’s solar flares that have induced erratic behaviour?

Back in June 2004, I watched Bowling for Columbine, where Michael Moore challenged actor Charlton Heston on his role in gun rallies on the week of a massacre at Columbine High School.  I had this crazy story idea about Heston.

I then wrote a manuscript where Charlton Heston went through the death process, descended into hell, and met victims of his pro-gun policy. Yes, as he descended into Hades, he met oodles of Hollywood celebrities, including Kelsey Grammar, Barbra Streisand, or JK Rowlings, Hugh Hefner, Larry Flynt, and even a comical scene with Woody Allen too.

In such a circumstance, look out for all the American televangelists, including Pat Robertson, Jim Bakker, Tammy Faye Bakker, Jerry Falwell, Billy Graham, and Jimmy Swaggart. It is a modern-day Divine Comedy!

I completed the work at the end of February 2005.  I then pitched it to all kinds of publishers, editors, in Canada and in the United States. I even emailed all the publishers listed on www.ralan.com. For three years I pitched this idea and everyone had this fear of lawsuits. “You can’t write this about Charlton Heston,” all the publishers would say.

In the media, everyone says Canada is socialist but why didn’t Charlton Heston’s Inferno have a chance?!  Everyone involved in the book publishing industry in Canada gets a government grant. EVERYONE!  You can’t publish a book in Canada without getting approval from any level of government.  How does it go?

In order for an author in Canada to get arts funding, they must have a book to get published in Canada by a Canadian-based publisher and be Canadian based. Why? Because government policies for arts funding are rooted in the past. They ignore the American market altogether.

I will give you a good example. To get an arts grant from Toronto Arts Council, one must be based in Toronto and have a Toronto-based publisher interested in publishing their work. Why? That’s the rule. The same goes for Canada Council except it is on a national level. Government arts funding ignores the American market and actually prevents new authors from getting new books out there too.  You guessed it, after three years of looking for a publisher in Canada I gave up on Charlton Heston’s Inferno.

Well, the Heston Estate did forbid the use of Heston in the work, but iUniverse has published it because I changed Charlton Heston into Mack Dunstan and the paperback is called Mack Dunstan’s Inferno.  It is about a Charlton Heston-type character who succumbed to Alzheimer’s, descended into hell, and met victims of his pro-gun policy.  Yes, as he descended into Hades, he met oodles of Hollywood celebrities, both part of the living and the dead. It is a modern-day Divine Comedy!

To come full circle, I feel all these shootings are sad and tragic. I find I avoid violent movies and terrible TV. I do have a soft spot for the 1930s and 1940s gangster movies but the recent movies don’t attract my attention at all.  I did watch Woody Allen’s Midnight in Paris. You are what you watch, hear, or eat, or who you rub shoulders with. So be careful what you wish for!

One review of Mack Dunstan’s Inferno

5.0 out of 5 stars Mack Dunstan’s Inferno 20 Sep 2011
By Tami Brady TOP 100 REVIEWER
You can’t take it with you. When you pass over, all your wealth and possessions are left behind. Unfortunately, what we do take with us is our regrets and our fears.

Max “Mack” Dunstan, famous actor and head of the NRA, finds himself taking a tour of Hell. As he travels he meets the famous and the infamous but probably the ones that are most surprising are the average people who don’t seem to deserve to be in Hell. After all, they were certainly not evil.

Slowly, Mack comes to release that Heaven and Hell are merely labels. Each person merely sees him or herself, their personal reality manifested. If they are stuck in anger and hate or regret and guilt, then their afterlife will reflect that. However, if they choose to let go and rise above these self-judgments then a different world emerges.

I think the journey changes Mack in a meaningful way. He starts off pretty arrogant expecting that Heaven awaits him. He’s lived a good life and feels he has no vices. I don’t think the man has ever really looked below the surface of himself. Complete denial.