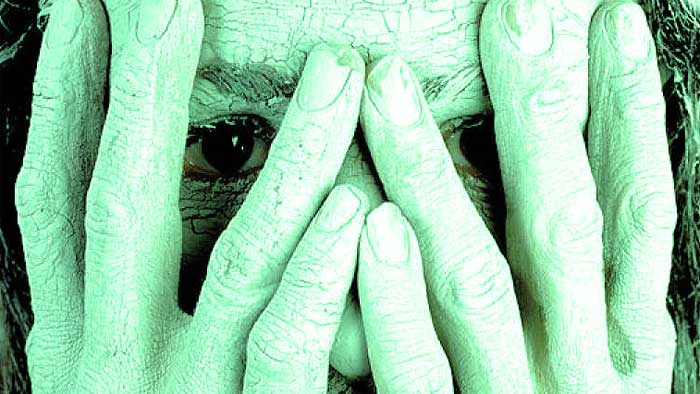 A suite of tiny twinges never-done,

Cheek Bone Hill:  He looks to the glass for

Out from mercury’s pool;  You are Elysium,

You are Wakan Tanka:  What Aryan skin

You have (alack):  This impress on the blinking

Hers to breathe away, see into;  Old smoke,

New lace purse:  No PR planned (but this) for the

Wound’s insisting grin:  Be simple, and

So, I will resend the wood’s moss, the under-wood, the wooden dress becoming you as you shed it.  Your nakedness now is named.  Any letter thus delivered’s sent through the envelope holding gewgaw, offering prism.

Fall into your heart’s painted bowl, rise from its crimson water.

Every call that comes,

I take the naughty secretary’s mask,

And every caller hears my love

Is watering flowers in the rain,

She’s showering with an ashtray

And a battery, it’s her day

To calm and chart the ninos

In the trees, they cannot pay me

Enough to do this, their money

Is a broken chair or a lipsticked

Wineglass, and I get nothing

My anonymity’s succinct, as clinched as the redbird paying cash for the white lily.  When she says You Are So Good Looking a sentence is suspended, and belief is bartered for the ruined mirror held up to the willow and held there forever, with the massy, faience face seeing nothing but its own emerald eternity in the blue ring of sky and wristlet sea.

I mean to call you from the well’s bottom

But my ‘phone’s texting mendacious

And the penknife’s in my shoulder where

The wing was and you never talk back

When it puffs and pouts on its licked road

Just when we been down to the cage

Of the Man! Ray-ban.

Its lettered eyebrow poring down

Page it’s on, curved up in mist under

AN who love THOUGH sweetly

While HOWEVER sit on curb

All original’s radiant in

If she sees this when you show it

A wedge of Victoria’s conjugal cake

Well to call it in I got no place

For the single bum at the world’s

Longest bar who bleats his only

Hosanna through his lewd cocktail

Napkin and his comb and once

Got home and saw etiolate his good

Hand in the pocket of a previous saint

Yours in picklock and perambulator

Remember me, my vestment and my star, my candle lighted in the hand.

Remember me, the frame carved round and past my face.

Remember me, my ocean treading sky true black above the stand.

Remember me, the tree that is my lightning’s home, its grace.

No thing’s left of us outside our beautiful debris

A lonely road is a bodyguard.

Here and now lose the floor, their rules of order

Alive, however, in a motor court bright-neoned

At the crux of two lines met where Nebraska’s

Synergy’s a widow in the kitchen, and she boils

The coiffed dwarf, his shirt a rooster’s terminal

Comb.  His radio has the silence of stiles where

No one passes, and the wind owns the bar.  In

Fall, the grasshopper’s husk is a parachute for

Riding air through the alley between person and

Possession -a battered metal necklace or a cornsilk

Tried grieving after distant heaven and its unborn.

A galleon is as good as an ancestor with sandstone

Aligned; both sail the star-sea.  They talk between

Walls of lunar clarity, the tall and the abbreviated,

The lax and the masterful, but it will not be seen

That they move hopelessly alone, the fluxion of their

Separate energies lasting through midnight and

Into dawn, when the holy knot is made once more.

Restored to closet for its own sad conversation

With the unblocked hat on the painful hook.  What

Is fresh goes tasteless, herbs left by the choir in

A bastard church.  The standards of etiquette die

With the passing of a clan, and beside this, the

Green room of waiting and desire is a lasting

Comfort.  Positive that the season is oppressive,

A hazard unsought, the finite creatures of this

Roadside make fires, walk in them and, thus

Warmed, begin the winter of sleep, of praise,

Of going out again to hold ash and the planet it was.

THREE MONOLOGUES FOR NUDE AND CHAIR

Ring, ring.  Call me with your pathogens,

Your gnosis, and your stutter’s chains.

Let me into you, only call, only say, say my

Nakedness is a heart’s purse opened, but

Call, and the world will flame, the blame-sent

Bridge smooth down, down, and I will cross

It as the dead star with her black lipsticks

And her sable boots of crushed geranium

Crosses celluloid, its looping back to the

Reel where it breathes, its nitrate making

Silver of my nails, my brooch of bone, my

Wait-song saying call me, ring me as you

Have the crystal of my ribs in their ocean.

And, late, some muted glasnost in the boat-

House with its anchor hanging from the sweet

Water risen to the chin.  You blush, and your

Pink kow-towing leaves another mark.  We are

Pleased that you feel so much.  So, a journal

Begins, is beveled flat to pale amnesia and the pen

Hand drops to wrist and writes the hidden eye

Of pulse reporting still.  It’s better, much, to

Burn this ‘phone than hold it near to moisture,

To mouth.  Best, to clip protrusions at their

Roots than suckle them, than open a future

Of rust and singing blood in every bed.

When MTV was MTV, there were burst ampoules,

As were the tiny couple reft from cake-roof with

Dancing woman, fancy man, and all the party

On through window and trapdoor and several

Bird’s red crest, and dream away the pine chest, the

Diamond cruising on its pillow for another finger

To sleep with, to wound with, as someone’s

Bible says, o sighs, it is wrong to do, no

Matter the oxygen jet filling out the one breast

Left, when the other is alone and weeping milk.

Rodger Gerberding has published two books of poetry: THE TICKET TAKER AT BLUE LAKE (Inflatable Sheep Press) and COME NOW (Backwaters Press, forthcoming). His poems and other writing have appeared in POETRY, TEKELI-LI!, THE ROCKFORD REVIEW, TALES OF THE UNANTICIPATED, THE SCREAM FACTORY, LEONARD COHEN: YOU'RE OUR MAN, and elsewhere. As an artist, he has to his credit innumerable one-person and group show appearances throughout the U.S, and has garnered a variety of awards; his illustrative work has graced some sixty books and countless periodicals internationally.