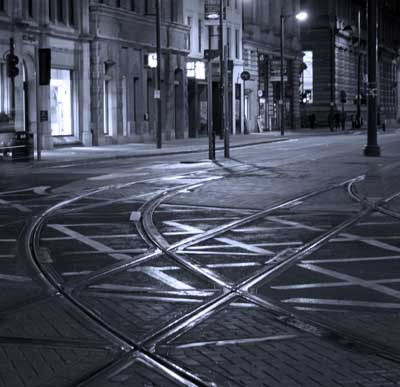 Her eyes warmed my heart, filled me with love.
Her language was singing to my ears
On the bed where she hung a light above.
Her lips smiled, her dark eyes
looked beyond the morning light
Her trust remained confused
Her thoughts floated loose.

One more kiss before leave,
One more kiss, please,
Now I must go
Down to the streets below.

Your father he was a businessman
And a builder paying middlemen.
He taught you what you cannot do
And what customs you must hold true.
He guards his fiefdom
and tracks the wilderness for marauders
across the rivers and borders
His Lord assigned him portion and cup.

One more kiss before I leave,
One more kiss, please,
Now I must go
Down to the sea below.

Your two sisters married within the tribe
Like your mama and now you wonder why.
You once tempted to rebel
but your daddy threatened you with hell
Still you steal pleasures
You promised me your treasures
But then said my eyes were cold
and your father never suffered fools.