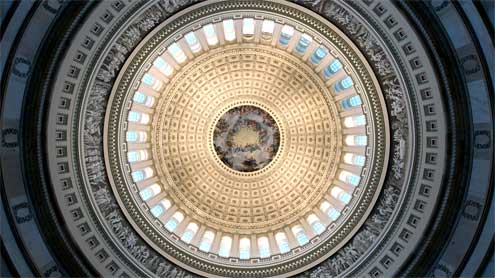 Every city, town, or roadside has vulnerable paths in life, from the gunfire on the street to the delay found in government protecting its people.

We all hear the complaints about Congress not protecting its people, helping lobbyists, and all the power in Washington DC goes one way and the people have to accept Washington as it is run- even if they are the ones who elected them and they turn around and change their story or point of view.  Mind you, not all elected officials are alike.

Look what’s happening today, we are fighting gun control once again, marriage rights, health care reform, and we continue to hear the word war – the list goes on. Do we have to have political figures who stick like glue to their party instead of helping the people they represent? Can we influence their vote?

As Americans we are naïve to what goes on in Washington; if you watched the new movie Lincoln, you would have seen the same fighting in a smaller room, fewer people, in a smaller union, but nothing’s changed.

When we think of Newtown, everyone feels sadness inside, yet they are not contributing to any significant change regarding what type of weapon people in this country should own. This one incident opened up many eyes, ears, and voices were heard, yet not enough to convince Washington. We all know we have experienced this before and people have begged for change due to the loss of innocent lives; it is time to spare the innocent from harm.

Regarding Congress and changes in healthcare, far too many people are receiving healthcare from a man in a suit sitting behind a desk and working as a CEO, instead of their doctor. Big business is running the show, dictating how they should treat you instead of those trained in the field of medicine. What’s happening?

Doctors are starting to look in another direction even change fields of study in the United States. When a doctor cannot treat their own patient and has to look to a person sitting behind a desk you can’t blame them.

I believe that marriage is between two people, a man and wife, who may one day contribute a child, and build a family.  I also believe two people of the same sex can love one another, and live together, share responsibilities, and be given the rights to certain privileges, such as insurance and so forth. They did not choose their lifestyle but this is something you are born with, and people should recognize this.  I

do believe a union between two people can be a better way; why must they go through the act of marriage, when a union can be claimed, and rights split down the middle.

If two people love each other, of the same gender, and have plans to live together and share their life, they should have the ability to be treated as a couple; why do we have to give names?  Where that neither names can be changed by the courts.

Each and every one of these issues has different pros and cons, and they have support and no support within Congress. In my eyes the first thing Congress should be concentrating on is the people and protecting them which would mean within the United States let us strive to protect our community through better gun control.

Yes, I believe in the sport of hunting, owning the proper firearm is perfectly fine, but when you find a teenager holding a firearm used during war – something terribly wrong – and it all happens at home.

What we should be addressing, and I mentioned this the day of the incident in Connecticut, is mental health, which was taken away during the Reagan era. If we can find millions and billions of dollars to spend on rockets, bombs, and troops overseas then we can find enough money to help those who are mentally ill.

And I don’t stop there, we have far too many homeless people in this country, and more since the Bush administration; troops return home and find no job. These men and women have found only change, no job, sometimes no home, and this leads to additional numbers suffering from depression or mental illness.

I found it fascinating what turns people on in America; disaster, unfortunately, it doesn’t last very long and they forget what they saw and go on with their normal life. Washington doesn’t help the situation they tend to be like the people on the street, and speak loud at first, eventually drifting away from one subject to another. I do understand that the important issues can divide one issue but let us not forget the past.

I come from the time of peace and love when people spoke out and gathered together to protest what they did not believe. Some people believe it was anti-government but it was really antiwar in the 60s. We learned too late after many deaths that the war did nothing for America. Once again fell into the same hole, more deaths, and why, you cannot change a country, you cannot change a religion so why risk the lives of Americans…

Through all the ifs and buts, the only way that we can improve this country is to get out of harm’s way and stop interfering in foreign land where we never should have been. From day one no one questioned who, they only believed one person and acted on it.

Today we hear about troops heading toward South Korea and once again starting something which can do more harm than good. Bring everyone back, renew life here in America, and don’t give in to big businesses who are trying to take over our healthcare and our life. It’s time to get involved in America, and it’s time for Congress to be involved with their people.