I hadn’t slept the night before my trip, but somehow I felt at peace knowing I would be traveling to India the following day.

Of course, being the worrywart that I am, I fretted over the obvious things: losing my passport, missing my flight, or worse, getting on the wrong flight and ending up in China. I worried about using the bathroom on the flight, because, after all, who likes to share a toilet with 200 or more people????

I was heading to a third-world country and I was excited to see diversity and to step outside the comfort zone of my bubble. But question is, was I prepared??? No, I wasn’t… 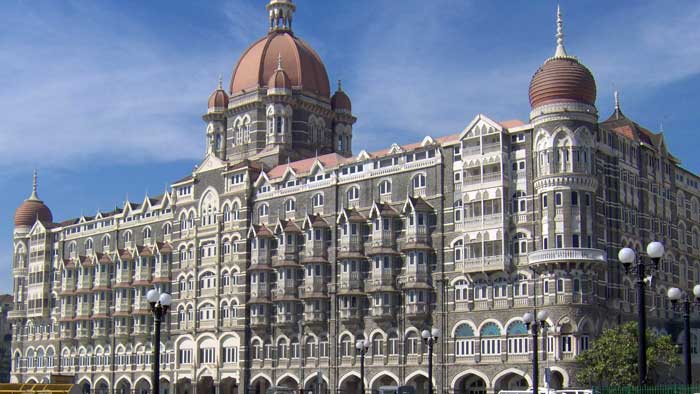 I was warned I would stick out like a sore thumb–and in this case–a very white one 🙂 So true. The color of my skin immediately made me a target for curious stares against the backdrop of darker-toned Indians. When I say white, I am really pale-skinned.

The color of skin had never been of importance to me. That’s easy for me to say. But I accepted the curiosity. After all, I was traveling alone and probably gave the impression of a fish out of water. I’d never traveled International before. The people must have felt sorry for me.

Let me say, I am a flying weenie. I won’t build myself up by lying…I was freaking scared. And I had a fifteen-hour, non-stop trip ahead of me. Yet, faith kept me focused.

I looked forward to the adventure. Then dinner was served. Indian food I’ve experienced here in America isn’t “Indian” food. The airplane meal was only a sampling…and I can only say, I took one bite of my Indian casserole and my tongue was on fire.

I downed a whole bottle of water and watched in admiration as the people around me devoured their meal as if it were mildly spicy!!! Hats off to the stomachs of Indians. I did enjoy the bread.

The trip wasn’t so bad, that is until we hit turbulence. My throat dropped into my stomach. The feeling of not having control, not having your feet on solid ground, and being swayed around in suspension does not entice me in the least. And yet, those around me were sleeping away, watching movies, and reading magazines like it was a relaxing day on the beach. I started wondering what my problem was…

The man next to me warned me the temperature was hot in Mumbai. Hahahaha….I laughed because he said it was about 80 degrees. That’s comfortable to me. After being on the cold airplane, I couldn’t wait for the warmth. Okay, I bet people are laughing at me now. I stepped one foot off the plane and I was hit with the most suffocating heatwave I’ve ever experienced.

First went the hair, then the makeup, and the clothes that clung to me like a second skin as we waited for the bus to transport us. I wondered if I were the only one sweating buckets???? So much for looking good when I met the man of my dreams.

But I was in Mumbai. The plane ride was over….for now. I felt a sudden rush of anticipation as the bus pulled into the terminal. Excitement boiled my already heated blood. My mojo was coming back.

Have you ever wondered how the luggage gets from one plane to another and somehow mysteriously lands on the belt and circles around and straight into your hand???? Yeah…if only it were that simple!!! My one suitcase that held everything I would need for the next 16 days was missing. Sure, if I were in America I’d seek out the proper person and demand that they find my bag. Hello, I wasn’t in America. I had images of bad luck…the dreaded thought of losing my suitcase. Thankfully, one nice man who worked in the airport found my case. Whew!!! The heart slowed and the blood pressure eased.

Are you thinking that I was home free, so to speak???? No, that would be too easy for a gal like me.

Do you know the immigration forms you fill out before you enter a country??? Yeah, you guessed it. I screwed up. I filled it out with red ink. After waiting in line for a good twenty minutes, the man at the desk informed me not to use red ink, but not in a very friendly way. I’m sure he was thinking….”Stupid American.” I say that because that’s exactly what I was thinking. I told myself not to fill it out in red, but hey, I just wanted to get it done.

So, I left the line in search of a blue or black pen. Where had they all gone from my purse? Any other time I’d have twenty to spare at the bottom along with gum wrappers and coins.

The second form was filled out…I was on my way. Not quite. I didn’t have an address in India. I had an address but it was exactly where I didn’t need it–at home. Did I mention I have never traveled International before???

Thankfully, I managed to make it past Immigration. Once again, I did see a sorrowful expression on the person’s face.

But the adventure was just beginning…

All Children need is Love