I was born into a working class conservative family in Clem Attlee’s constituency Walthamstow east. We knew our place in society, not exactly Alf Garnett but many people in those days had similar views and attitudes, but life was changing.

I joined the RAF and served nine years, during which my attitudes did not really change a great deal, I still knew my place. Society in the 1970′s started to become more violent, overtly so, and this spread into the 1980′s football ground and also into society in general.

In many ways Britain became an alien country, so much changed in so short a time. People no longer knew their place in society; industrial unrest spread and with it came violence. Who was to control this beast that had been released? Then a Saviour appeared someone of certainty. When Margaret Thatcher appeared on the scene I had always voted conservative and she was the person who could save the country and so I voted for her. By now the Unions were out of control and needed a firm hand bring these wildcats back from the brink. Laws needed to be passed and enforced, I knew how union meetings operated you turned up and were told who to vote for and no arguments. The Electricians took on the communist party fought them and won. However, Margaret Thatcher was not interested in evolution in the trade unions she wanted to destroy them. 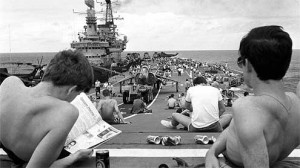 Her first term was not the success she had hoped for, electoral defeat stared her in the face but she was saved by total incompetence in the foreign Office! Here they managed to send the wrong messages to Argentina who consequently invaded the Falkland Islands thinking it was a done deal. To their complete shock they found an Armada of ships heading into the South Atlantic. Ships that had been reprieved from scrap by the enemy within, the union members in her majesties dockyards. Hallelujah we had our saviour, the Falklands were wrested back from the Argentineans and Margaret Thatcher was a hero. From that moment she could do no wrong, Four million unemployed, no problem, and Fifteen percent interest on your mortgages we can take it. Then she had her greatest piece of luck Arthur Scargill took over the National Union of Mineworkers from Joe Gormley a man who had humbled Ted Heath and driven the conservatives from office and she wanted revenge.

The gods were definitely smiling on her, the most incompetent union leader there has ever been was going to fight Margaret Thatcher to the death and so the NUM died. The metropolitan Police duly smashed the miners into submission riding roughshod over any union gathering.

The next step in her revolution was to prevent future Governments getting involved in industrial disputes, and to this end she sold off all the Nationalised Industries. Perhaps Governments should not be involved in these industries, but now we have German car manufacturer making Rolls Royce, Bentley, and Mini. Indian Car manufacturers Land Rover, Jaguar, Japanese car manufacturers Nissan, Honda, and British Steel is now Indian Steel and so it goes on. No British Industry, no aircraft or shipbuilding, oil production that has been wasted, gas production that is coming to an end even our chocolate is foreign owned.

What of her greatest achievement the Big Bang opening up the City of London to International competition, “My Word Is My Bond” remember that.  Now we have the barrow boy mentality, buyer beware, watch your back we are going to pick your pocket, the last six years we have paid for Margaret Thatcher’s freedom of financial movement with no end in sight. Banks now state-owned, with the taxpayer having to fix financial incompetence because she took away all the controls and let free enterprise run riot. Remember there was a ferry called free enterprise which sank and killed many people, you must have rules for everyone.

Margaret Thatcher’s decision to destroy unions, to smash Ken Livingston and the GLC was base in hatred. She hated socialists and she hated unions that are not the way to run a country or a political party. At the end of her tenure as Prime Minister nobody in the conservative party liked her and half the country hated her. There was no Watt Tyler to lead a peasant’s revolt against the Poll Tax, but the Conservative party could not stomach it because it meant political oblivion. Quentin Letts included her in his “Fifty people who buggered up Britain”, because he said there would never be a conservative MP above the wash and the chances of a conservative Government had disappeared, possibly.

I joined the Labour Party in the 1980,s campaigning for a fairer Britain and finally we got Tony Blair elected. Almost immediately we were told to “keep quiet, we do not want all these activists we just want our ‘millionaire friends’. So do not agitate things, it is necessary to get re-elected we are not interested in all that fairness rubbish”.  The only person I heard speak of decency and being genuine people, came from the lead singer of Right Said Fred at the Riverside Studios. Unfortunately his words fell on deaf ears and so it proved there was no difference between Tony Blair and Margaret Thatcher.  They were prepared to trample everyone underfoot to get to the top. Always remember that when you vote for a politician. He/she may not be the most charismatic or glamorous person, but you have to vote, AND YOU MUST VOTE!