As of the first of April a new regime will be enforced in Britain. Where by people who have spare bedrooms will be penalized, widows who have brought up families in two or three bedroom houses or flats could be thrown out or put in to bed and breakfast, treated like  second class citizens.

If they have legal problems no longer will they be able to claim legal aid, there is no money in the pot, tough! Things that have been accepted as a normal part of a civilized country, where poor people should be treated in a decent manner no longer applies.

People in Britain are told to tighten their belts we all have to make sacrifices, Britain, a country where a cabinet minister can live on £53.00 per week? Many millions of people would like to see that. But also a country that supports illegal immigrants in the best possible conditions. And if you support a terrorist organisation or run a terrorist organisation you get access to unlimited amounts of legal aid, the best solicitors that money can buy, and the highest quality barristers, people who have become millionaires from the public purse. 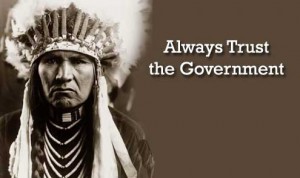 Why is it that the leader of a terrorist organisation receives what is not available to the ordinary people of Britain? Why is he housed and fed? His children educated by a system he hates and has sworn to destroy. Why is he allowed to use the NHS? Why is he given more than the people of Britain? Teresa May could you please answer that.

China does not give away millions to African Dictators but they build infrastructure, at least that way the money does not end up in a Swiss bank account. It is time the British Government faced up to reality. You tell us to live within our means then on a World scale Britain should also adjust to its actual position. Then the people of Britain would not have to continually pick up the debts of many Governments who live beyond their means.

And one final word if you do not like a Government you can vote them out. However if you have a vote then say ‘Oh well, it makes no difference who is in power or I cannot be bothered’ do not come out winging about what you are losing, you have the government you did not vote for stop moaning and use your vote!