A lot has been said in recent times in both self and conventional publishing circles with regard to hooking potential readers utilizing Twitter, Facebook and leading E-zines such as Angie’s Diary, plus Goodreads which, despite the fact that it was set up to promote books, in effect is yet another social media site.

The authors of the various articles involved seem totally obsessed with handing out advice ad nauseam which begs the obvious question – when do they actually find time to work on their latest manuscript? For all our sakes people, stop pontificating and concentrate on your writing! 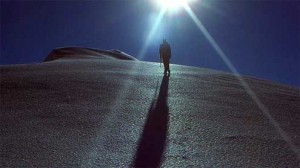 There is only one way that I know of to hook readers and that is to keep on writing, until eventually something you come up with makes the public sit up and take notice. I’m living proof that persistence works. At the end of the day, the only people you have to please are the reading public. If your story simply doesn’t appeal to them, no amount of endless marketing, changing publishers, price and covers, as well as regular giveaways, will improve your book’s chances one iota.

Back in 1995 when I began writing, if you had told me that a mere eighteen years later, one of my efforts would be described as successful within the accepted terms understood by the industry, I would have raised a somewhat sceptical eyebrow. Should he read this, my former Australian small-press editor/publisher certainly will.

My Kindle novel The Seventh Age has now sold five thousand copies. It’s taken one year and seven days to achieve. I launched it on the twenty-second of April 2012 with a one-time only three day giveaway via Amazon. A few dozen of the three thousand plus free copies were snapped up by genuine readers. The rest were devoured by tightwads who believe that all eBooks should be free. If that was to be its only brief moment in the spotlight, I was fully prepared to live with it. But, since that feeding frenzy the book has steadily sold, clearly evidenced by KDP’s monthly sales figures.

If we’re brutally honest every single one of us hopes and prays that the product of the many hours we spent sweating blood over will become a hit with the reading public. Seventh is the first of my books to reach the seemingly impossible figure of five thousand copies sold. Don’t ask me why, but a year later it still continues to capture the imagination of the ‘end of the world’ brigade as well as the ‘Mayan clock’ fraternity, long after the actual supposed date when the world was due to end in December 2012.

Three things contributed to Seventh’s undoubted success. First and foremost the subject matter. Secondly, I only publish in one format – Kindle. And finally, I deliberately chose to price it at the bargain basement price of US0.99 per copy. After all what’s 99c these days – its chicken feed?

By comparison, its successor The Forgotten Age is not doing nearly so well. Barely three hundred copies have sold since its launch on the twenty-second of Nov 2012. Could it be because it relies on an Egyptian and mythical Atlantean connection rather than an end of world scenario? Or perhaps it’s simply because I felt totally justified in pricing it at US$2.99 based on Seventh’s success? Who can say for certain? Nothing in the world of words is written in stone these days.

In Forgotten’s favour, one good thing has occurred. By deliberately setting its price higher, it has ensured that the Amazon trolls and other assorted self-opinionated quasi experts leave it well alone. For some strange reason they are attracted to either free or US$0.99 books, feeling the need to pour out their bile while at the same time proffering so-called professional opinions. Despite the mix of asinine and negative reviews by them and assorted fellow travellers with a superior attitude, even they have to begrudgingly admit that by anyone’s standards The Seventh Age can now be classed as a best seller.

Because of the low purchase price of US$0.99, the monetary reward for me in terms of royalties is minimal as you will appreciate; having said that the total so far is well inside four figures, which as a pensioner, comes in handy to pay the household bills. Had I set the price any higher, the sales would undoubtedly still be in the mid hundreds. Here’s hoping I can repeat Seventh’s success in the not too distant future with the third in my series of ‘Age’ books, even if it means I have to price it at US$0.99. If I can achieve the seemingly impossible, so can you. All it takes is persistence. If I were to offer any advice it’s simply this – write the kind of thing you want to read. If you like it, others will too… 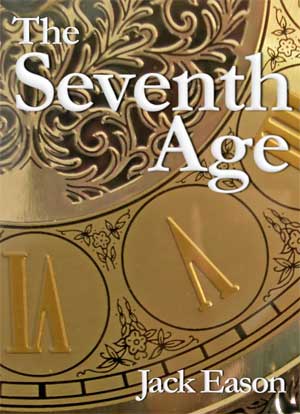 For those of you who haven’t yet read The Seventh Age, here it is in a nutshell:

The Deadliest Flu in History 7