Much of this will be a “Do as I say, not as I did.” Negative experiences can be learning tools if you pay attention.

I am no paragon. I am diabetic, can stand to lose weight, etc.. I became more disciplined, because of life’s choppy seas. What I am proposing may seem like science fiction and be outrageous. It may even create different issues. 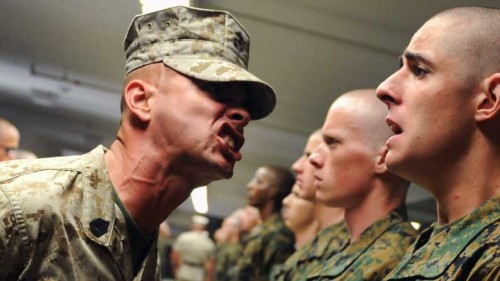 I’m not a sociologist or anthropologist. All I can use is my own experience and my knowledge of history to suggest some things.

I’m reading a book at the moment, called American Mojo Lost and Found about the middle class by Peter Kiernan. I know the middle class is having a hard time. I can see the difference between my childhood forty years ago and today 2015.

Much of what is happening is not something the average person can correct. All we can do is live within it. Having said this, I am going to try to provide some markers along the trail; I think we may need to head.

Americans are accustomed to certain luxuries. Such luxuries can make you weaker and sicker later down the road. As I stated, I have diabetes. I wish I’d had the knowledge I have now.

Fewer luxuries, such as sweets can lead to illness. If you get used to certain other luxuries, it is hard to do without them.

Well, get used to doing without them. It is easier to deal with hardship if you don’t get accustomed to too much comfort.

I just finished a book about the Continental Army. Look at their hardship. Hardship also leads to invention.

Obviously, don’t put your life at risk or the lives of others. Walk when you can. Be frugal in your eating. Remember, you can be rich now, but lose it all, sometimes to powers completely beyond your control. It may not be your fault. Shaking your fist at the heavens won’t bring it back.

One of the things Jim Webb writes about in Born Fighting, is the Scots-Irish not expecting anything from the government, whether in Ireland’s Ulster or in Virginia or South Carolina in our Colonial era. As Jim Webb put it, nothing is what they usually got. I’ve also learned this from personal experience. It isn’t a matter of hating government. Would rather have as little to do with it as possible. Isn’t it better to have good friends with particular skills who can take care of each other?

These are some of the lessons I’ve learned. They may only hold true for a United States audience, but things could happen in other places eventually.

Our medical system: I feel for anyone without an education. You really DO have to be your own advocate. You have to pay attention and not just take your medical providers word for anything. What they consider bad could change in twenty years and vice versa.

I see government and other bureaucracies the same way. Too many cooks really do spoil the broth. The more hands on it, the more chance for error you have.

Much of what happens on the national and international stage has become very complex. Let’s say for arguments sake that a mob manages to break into conferences such as the Bilderberg Conference or the Davos Economic Forum. They take hostages or, unfortunately, kill such leaders. (Yes, I’ve read the railings in the United States against One World Government, etc.).

Who among the mob will have the understanding to handle the complexities of modern society? London Mayor Boris Johnson ended his book the Dream of Rome, discussing the Gothic invaders, who finished the Western Roman Empire off by saying they wanted to continue Roman society, but they were as chimpanzees at a tea party. They had no idea how.

Again, go back to the mob sacking these conferences. They would be dependent on the very people they wanted to overthrow to run things. This is why Europe had its Dark Ages. Technology has become slightly more complex since then.

This is my conclusion.

Keeping luxuries you have is nice, but remember, they can go away. It has happened before; it can happen again.