Every time we are in a discussion with another person, it is likely we are in some sort of negotiation. Negotiating in business most often gets us things we want that belong to someone else.

The better we are at negotiating, the more likely we are to get what we want. Remember, the best negotiations are about both parties feeling satisfied with a win-win outcome. That’s important. 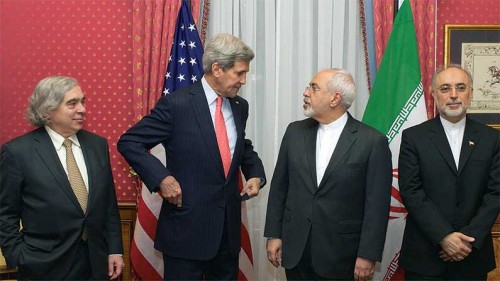 With that goal in mind, the first thing we have to realize is that there are many issues involved in important negotiations. Too often, we fail to look beyond the cost.

When cost becomes king in a negotiation, there has to be a winner and a loser. When the value, rather than cost, is the key issue, all parties can be winners.

Understand that other parties may not want the same things as we do in the same circumstances. This is a Catch-22 that causes us to negotiate strictly from our perspective, ignoring the important issues to the other party or parties.

Seven Points to Keep in Mind during Active Negotiating:

Remember, win-win doesn’t mean giving up your power in your negotiations. Negotiating guru, Roger Dawson says, “Power negotiating is the highest and best use of your time, a double insulating profit protector. Power negotiating not only lets you drive profitable bargains, but also protects you from incurring unnecessary costs. You just can’t make money faster than when you are negotiating well. A negotiated dollar is a bottom line dollar.”

In business, you only get what you are able to negotiate. Test negotiating profitability on a case-by-case basis. Subtract the original cost from negotiated cost and divide that by the number of hours spent negotiating to calculate an hourly rate. For example, a piece of equipment has an original cost of $20,000. You pay $17,900 after negotiating 1-1/2 hours, saving $2,100 or $1,400 per hour.

Victorious negotiators who get what they want time and again enter the negotiations with a solid armor of knowledge. They begin negotiations as soldiers in a civilized competition, mentally and physically postured to win. With a soldier’s mindset, they guard against being outmaneuvered. As soft on people as they may appear to behave, they maintain the soldier’s hard resolve on the important issues, matching mission with a strategy to come out victorious.

Here is what the negotiating soldier learns in basic training:

Despite the best intentions, deadlocks can occur and halt negotiations that could have continued. If all parties are on opposite sides of an important point, you may save the negotiation by summing up progress, suggesting a break, or moving on to other points that are resolvable. This dovetails into the save the most difficult issues for last strategy. The philosophy is, the greater the progress, the more incentive there is for all parties to move the negotiations to a conclusion.

Even though you may enter negotiations with the best of intentions, you might find yourself up against down and dirty negotiators. They know dozens of tricks to give you less and get you to give them more. They come with hidden agendas, commonly nibble away at your position and try to sneak in costly concessions even after the negotiations are over. Each one of the tricks below can catch even the best negotiators, especially in high-stake deals. Even if you don’t use the skills, if you know less than what they know, they will beat you every time.

Use the Good Will Concession – Always leave the other side feeling like a winner by offering your congratulations at the end of the negotiations.

You’ve been negotiating your entire work life and before. Just before you go into an important negotiating session, just take a few minutes to read through this to sharpen your negotiating saw!