Tutweiler Buckhead did not think of himself as being any kind of villain. The only exception might be during a bad moment at work or during some emotional epiphany during a certain type of rock n roll tune.

He thought of himself as a gentleman and as being a pretty nice man: a good guy. Mr. Buckhead worked in corporate America and in that respect he was a little bit ‘hard driving’ but not beyond what was normal in the social working realm he found himself in. He just worked in downtown Indianapolis, up on the 30th floor of an office building. 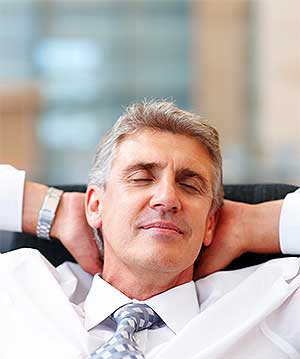 After 15 years of hard and steady work he had an office with a window and a decent 401K. The salary was enough for him to drive a sports car, but if he wanted anything extreme he had to go to the Indy 500. He was doing well, or at least, he thought he was. He made a good manager: both men and women liked working with him. Women liked him and found him attractive – of course he was glad of that.

You know how at work not everyone is very ‘open’? Professionally, being reserved is often more acceptable than it is at the bar, even for women. Tutweiler Buckhead knew he was a little reserved. What he didn’t know, was that he had habituated himself to being so reserved that it blended right into his leading a lifestyle which – by some standards was really ‘a double life’. He didn’t even know. He had rationalized it away for so many years that he sort of forgot all about it. He told lies to keep his secrets with the same attitude with which he tied his ties and ironed his shirts.

It wasn’t quite true that he had nothing to hide. Everyone has rules they care about and ones that are meaningless. Tutweiler did not agree with legal policies about some of the drugs but he kept that to himself at work – of course. Tutweiler had grown into the role of being the one to supply a considerable number of people in Indianapolis with cocaine and meth amphetamine: just a stimulant man. He didn’t really think about much, except that he always protected himself from the law and from any prying eyes. It had really just helped him to grow as a man into feeling socially popular and a centerpiece of parties around the city.

By day, at work it was a deep dark secret and at night it kept him popular and provided a second stream of income. Some of it just covered his own use. He felt that the trick about addictions is that: as long as the people don’t run out of it, there is no problem. He noticed that it was the same with legal things and how much people joked about being addicted to cars or to work or to their lovers. Tutweiler hid this of course, because there were people who thought he was a bad guy, ‘just because of that’, which was so true that the Sheriff was trying to find out who he was and how to stop him…

Continue Reading
BibliophileHow Do I Get PublishedWriter
2
Share FacebookPinterestTwitterLinkedinReddItTumblrWhatsAppScoop ItMediumEmail