In the past, many of you have read my statements here on Angie’s Diary concerning our political world, and what I believe is missing in American political arenas – some who never bend, others who have, but the people in all arenas should come first. 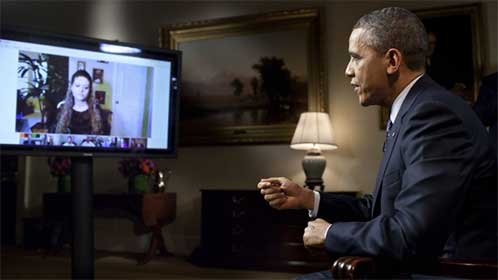 First I would like to say today in Washington D. C. it is exciting, filled with happiness, smiles on faces, cheering, and people from every state of this union, but, we still worry because tomorrow is still another day.  We have many things to change in America; to bring a solid future to our children, to protect our people, and sometimes I want to say, give instructions to those elected to respect one another, and believe in one another elected to better their country, city, town.  Change happens all the time, everywhere we go, and we hope only for the good of its’ people do we celebrate change.   As I have said before we are more than a person to vote inside a booth.

We hear inaugural speeches every four years and some are remembered by a line or two.  The last speech I recall and do remember when I too stood in the mall watching the first inaugural of President Clinton.  The cold never bothered me, I wanted to be among the citizens of this country and hear what they were saying, take notes, project their voice to the people who were not part of this wonderful day.

Today, this morning, while the President is at St. John’s the Episcopal Church with his family, and other dignitaries I took this time to recall the questions and the answers I have been waiting for and it has been four years since we were introduced to our President.

There is no specific order, but there is a specific reason – we must believe in our country, ourselves, and our reasoning to pray this President can be one to bring both parties together and take this country to a level where it belongs, above the level it is today.

The level of understanding has changed and listening to the people, to me, is a giant step for this President, he must let us have a say in government, he must take time to bring the people to D.C. to act on projects, to better their area.  A President without the support of the citizens of this great Country will fail, and the Country will fall apart.

The President is not going to go into any detail about what he will do but he will sing the words of peace, joy, love and participation.  He will hope the people sing it too.

People now trust and believe the President has the experience, more so then he did four years ago.  I have heard in his own words that he wants to include the people, and to do this, on our feet with our voices we must explain our cities and towns difficulties – elected officials, it’s hard to say, but they will always side with one another, how many tell the wrong of their areas they represent.

Let us listen today to his words, and, I hope we will speak to us as the leader of our country and keep promises to supply the best government.  I do hope he will work through party lines, and resolve the issues of the past, bring both sides together as one for the people, and brag, yes brag that one government, one nations is for the people, by the people, and he believes this old way is the best way.

I must note the timing of Abraham Lincoln and his polities ring true today, we are now near one million on the mall in Washington to Celebrate this date in history – let us remember peace, love and happiness – is not a cheer but it is a reason, a reason why so many gather who love our country.

It will be sooner, not later, we will hear the speech of our President elect written in part by Jeffery Toobin and re written on the edges by the President.  Let us hope he has a line or two – which will go down in history.

The mall is filling up with our nation’s people, as the news will broadcast words from our new President across the world.  And yes, he did choose to say “In God We Trust.”  This is the choice of the President – I am not sure how many agreed to use this in their speech, but God is the power that brought our President to where he is today.

We shall witness the peaceful power of change, today, with hope to carry it through his four years and into the next.