Don’t just pass the links by, read them for yourselves! 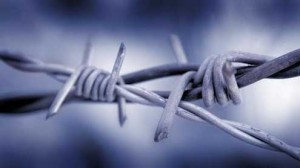 After spending a lifetime working, paying taxes and contributing into a pension fund, it would seem that the current English government has determined that old age pensioners are now a burden on the state.

To say what they are proposing is completely disgusting and unacceptable is an understatement. While the majority of the latest crop of politicians were still in short pants, it was mine and my parents generation who were working 8-12 hour days keeping the country running.

The extremely privileged individual appearing in the first article should be taken out and shot for even contemplating his proposal to make the older generation work for their pension.

As for the second article concerning the not widely known death targets set in hospitals here in the UK to free up beds, it beggars belief!!!

My parent’s generation fought a war to end fascism forever. Now it appears it is quietly on the rise once more, this time here in England. The trouble is that the elderly and the poor in this country are easy targets for Cameron and his cronies to exploit.

Instead of taking their frustration over the national debt out on we who can’t fight back, they should be focusing their attention on encouraging businesses to employ the young. By putting the next generation into proper paying jobs, taxes for the government and profit for companies will be generated.

We may be old Cameron, but think on if you want our vote at the next election. We’ve worked all our lives. Retirement and being taken care of by the State is our reward. One other thing for you to consider Cameron – remember that neither Adolf Hitler or Benito Mussolini lived into their old age…