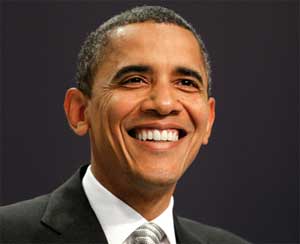 We poets call them, “new America” and “old neighborhood,”
their power is not something they wield,
it’s something they are which always serves the greater good.

Both a mass of excess living America’s dream,
both possessing unparalleled abilities to create in their thoughts
using their abundance unselfishly.

They are lucky to have the freedom of talent
and ability to re imagine who they are,
who we are, and what is important and what is not.
Getting noticed in a meaningful way
is more about paying their opportunities forward.

President Obama…
President Obama has come far enough from where
none has come before, we wanted very much to touch
him but could not, many of us feared we did not know him,
but wanted to, we feared his blackened face and hands
would weaken us, and his arrogant wooly hair barked
orders at the tree of many tomorrows, moon, moon,
when you shine, illuminate his shadow for there is
a remote chance some of us will turn into
wild beasts, not equally impressed and comforted by a
servant lord bearer of black lightning, intellect and lust,
his questionable past gnawing at our souls, we can,
yes, we can sleep soundly now, for the clay rumbling
in his chest, will cool his blood during the day, and
at night he will fall asleep tired while his wife whispers
into his mouth the many names of our Lord.

Let’s give President Obama and Michelle time to wield
their powers. They are still only human. .

VOTEEEEEEE!!! Voting is so important so trust in the process
and we’ll all live a better new year.