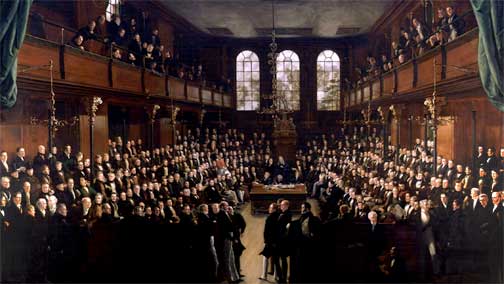 Sometime during the last twenty years, the clear distinction between all political parties disappeared forever.

At one time not so long ago you knew for certain that the Conservative/Republican party represented the privileged rich and big business while the Labour/Democrats worked to protect the rights and privileges of the ordinary working man and women – no longer.

Today’s crop of politicians, no matter which party they belong to, can only be described at best as opportunistic chancers who entered politics to grow rich at the expense of the nation they purportedly represent.

Here in the UK, I defy anyone to show any appreciable difference between the Tories, Labour, Liberals, and the latest kid on the block the UK Independence party – the one-man political party whose platform is all about getting the UK out of the EU.

If like me you believe that all politicians are pathologic liars and hypocrites, then, like me, you must be wondering can we as a nation truly afford them anymore. To illustrate my point, our Prime Minister paid a lot of lip service recently on the issue of tobacco.

He declared that he was going to force the tobacco companies to either employ disgusting photographs of cancerous body organs like lungs etc on the packages or force them to put out their product in plain packages with no company logo.

To gain the bleeding heart vote he and his cronies had already acceded to the anti-smoking lobby by forcing retailers to hide all tobacco products, announcing that it was to discourage children from buying cigarettes. If you believe that you need your bumps felt. Pull the other one; it’s got bells on it!

Under no circumstances were the tobacco products to be prominently displayed. Then a few days ago he backtracked about the packaging issue. Someone within the corridors of power probably reminded him just how many millions his government gets from the sale of all tobacco products. If that is not hypocrisy I don’t know what is.

The same goes for alcohol. His government was all in favour of a fixed low price for cheap alcohol, purportedly to battle alcoholism. That has also fallen by the wayside. Yet again he has probably had it pointed out to him exactly how much money his government gets from the sale of alcohol. And then we come to the recent debacle – the sale of arms to the rebels in Syria.

A lot of very public hand-wringing went on by all politicians. Cries of it would be morally wrong to enter into such a deal were heard. Yet it is about to go ahead. More income for the government coffers – more hypocrisy!

Bit if we did do away with politics altogether, what are the alternatives? Totalitarianism doesn’t work – remember the old Soviet Union? Even China, while still officially a communist nation, is slowly but surely moving away from its former rigid political situation as it forges capitalist business links with the rest of the world. Fascism doesn’t work as both Adolf Hitler and Benito Mussolini found out to their cost.

Nor does reverting back to the time when Kings and Queens ruled absolutely necessarily appeal in the twenty-first century. Although the UK’s Eton and Oxford-educated conservative elite would love it as most of them are descended from the old so-called nobility.

Face it, people, politics is hazardous to the average human’s health. Just look at the current unpleasantness and bloodshed in the Middle East, the result of mixing politics with rabid religious sectarianism. The same goes for several countries within the African continent.

Despite all of the above, like sheep, billions of us feel it is our democratic duty, not to mention our right, to vote these villains into power every five years or so. Why do it – habit perhaps? Or maybe it’s quite simply a case of better the devil you know.

Just remember one thing; the only time politicians need us is when they want our vote. Then they spend the next five years either ignoring us, or making our lives a misery. What are we – masochists?

By this rant, you can deduce I am ‘working class’ and proud of it. I am also a smoker who appreciates a pint of England’s best Bitter. There has to be a better way to run a country surely. Has anybody got any sensible suggestions?

Pat Bertram May 3, 2012 2
Rubicon Ranch More than a year and a half ago, nine authors from Second Wind Publishing got together to write a…
Psychology