All our lives we think of being warm, fed and content in retirement, following a lifetime of work. With just thirteen days to go, my own official retirement looms on my sixty-fifth birthday on the eight of March. While serving notice via snail-mail of when and how much my pension will be; already it has been readjusted down before it has even begun.

You would think that after working from the age of sixteen, until I was pushed out of the job market due to ill health aged fifty-five, that I would be entitled to a full state pension – apparently not. It would appear that the fact I worked for thirty-six years in New Zealand now counts against me. When my father retired, the New Zealand pensions department contacted the UK for contributions as he spent most of his working life here. So why hasn’t it happened in reverse for me?

The original notification from the Department of Work and Pensions informed me that I was entitled to £140.00 per week. Now it stands at £65.00. How in God’s name they came up with that figure boggles the mind. Thank goodness for the small but regular monthly royalty injections into my bank account from my publisher. It’s not much, but at least the DWP can’t readjust that in the same way. Although having said that, if anyone working for the DWP reads this… 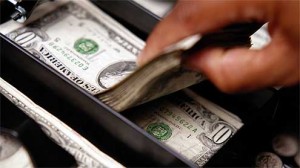 Like millions of others here in the UK, I have to be extremely careful when it comes to spending money. The readjusted pension is less than the Incapacity Benefit for those considered to be still within the working age bracket, but unable to work for medical reasons as I was. Not that it’s much – £85.00 per week. But at least it was possible to live on it – just.

The winter fuel allowance for us oldies to help pay the exorbitant heating bills has been slashed by the government. Their latest obscenity is due to hit all people classed as poor, not just OAP’s like myself, when it becomes law in April – bedroom tax. In short, according to the government you only need one to sleep in. Any others are considered underutilized and therefore taxable. If you live in rented accommodation as I do, you stand the very real chance of being relocated to an even smaller one bedroom residence.

Even the conscientious retirement savers are not out of reach. Many private pension schemes have crashed and burned – far too many to mention. I was in one briefly during in the eighties, run by Southern Cross, until it went belly up thanks to bad financial investments by greedy investment bankers, years before the banks crashed in 2008.

I now have to wait until Tuesday, twelfth of March. That’s when the first state pension payment goes into my bank account. Of course the bank will want their cut, so it will be even less than the paltry £65.00 per week.

Am I looking forward to spending my remaining years as an old age pensioner? What the hell do you think!