A suave stranger wearing a Versace tuxedo steps out of a Winnebago.  A note above its door is scrawled in red a now-famous name. He takes off his Gucci sunglasses, revealing Romeo Desilva.

Romeo is the only child of Hungarian heritage. In a previous incarnation, he attended a private art school in Queens, New York, where he accompanied his mother on her photo assignments for a respectable publication. An odd European style nose that endows him with an exotic entreaty, or with an element of comic appeal. 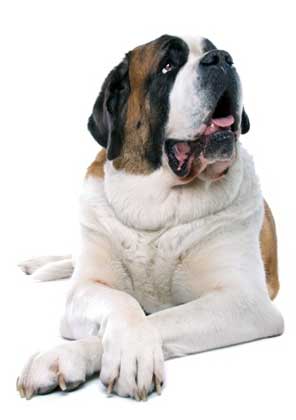 At this time he, however, uses the power of every muscle in his face to frown on the beat-up hearse beside him. The residential area he occupies is a middle-class area where old homes complete with whites picket fences go on to infinity.  These residences at one time were inhabited by rail workers and their families, who have long since departed.

Romeo travels on the broken pavement up an embankment to a porch, where he adjusts his bow tie. Desilva then produces a set of red roses from an unkempt garden, which he sniffs, and taps on a weather-beaten door. A bathrobe-clad and mud-faced covered Juliet answers the door.

A twenty-one-year-old Elleen Smart, who is just fresh out of an 8 month privately run film school, which had abruptly gone bankrupt and was now being sued by its perpetually, unemployed alumni.  Smart is following the words on the coffee-stained script.

Elleen, who recently dumped her boyfriend. One year previous, she went to a popular fortune teller, Anthony Carr, who predicted that the man she was seeing would be the next Bill Gates. After a year went by, a tech meltdown ruined everything, and Mr. Right never left his shelf stalker job at the grocery store, which he held since graduating from York University and previously from that high school.

Smart found herself riding Mr. Gates in favor of the vicissitudes of a life in a no budget, Canadian film production.

“Cut!” orders the Director. “Shut that damn dog! Will somebody!” he adds after pausing to furrow his eyebrows at the monitor. Romeo cringes, puts on his Gucci sunglasses, and goes back to his Winnebago.  Ellen finds herself accompanying the Production Assistant to a nearby backyard, which is adjacent to the movie set.  They walk along a path through a garden to a crudely constructed plywood dog house, inhabited by a slobbering St Bernard.  Inscribed above it is the word ‘BENSON.’ They face the root of their concern.

Ten minutes later, a slab of meat is thrown at the dog and it gulps it down in one second. P.A inhales reefer and blows it on the St. Bernard.

Romeo exits the hearse, adjusts his necktie, gets daisies from the garden, goes upstairs, and knocks on the door and the mud-faced actress faces him.

The Director, P.A., and Elleen are staring at an even eye level with the infamous beast.

“I’ll have transport take Kathy from craft service to a nearby grocery store,” Offers Elleen with a sigh, grimacing at a possible chance encounter with her ex.

“Four years of film school, student loans, and debt collectors just for this moment. You better enjoy it, Boy!” muses the future Spielberg in between the animal’s grunts. He throws another portion of nourishment to his newfound friend.

Once again, Romeo exits the hearse, adjusts his necktie, gets daisies from garden, goes upstairs, and knocks on door and the mud-faced actress faces him.

The St. Bernard‘s dissonance of howling causes the director’s face to tighten and the actors to share a much-needed laugh.

“His master is not home. What do you think his price is!” muses the Hollywood type. The cast and crew glower on their newfound enemy.

Half an hour later, the St. Bernard is loaded into a taxi; cab driver is awarded a princely sum of hundreds. As the Production continues to roll, the Master returns to see a movie shoot across the street and watch his pet being driven away.