It`s funny how time passes, places change, faces change, I am a bigger kid, and I find myself writing about a particular place as if it were fiction.  This place was real and it was a huge embarrassment.  Let`s just say back then, I would not of dreamed of discussing The Kitchen in such a public place as this.

I remember as a child sitting for hours gloomily staring at the pink walls that had long since faded into brown.  Occasionally my parents would hang a lamp in the kitchen.  It was a metaphor for hope for future days where we would have a better kitchen. 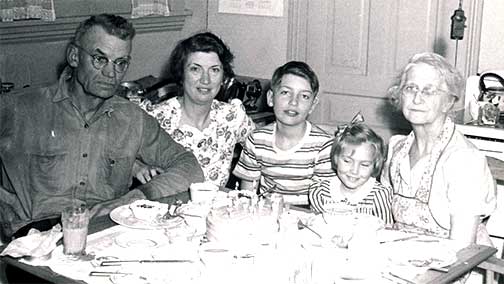 This kitchen had a huge hole in the ceiling.  Wires would dangle out of this abyss.  It was obscene.  How did this hole come to be?  You see directly above The Kitchen is The Bathroom. This is the ideal place in which a toilet would flood, a bath tub would flood, and a sink would overflow, generating a Niagara Falls on any person, or victim, dining in The Kitchen below.  This slight irritation induced my Dad to open up a new dimension in the ceiling.  In essence, he was trying to find the cause of the leak.  One problem!  One slight problem!  He forgot to close up this hole.

If visitors came they would sit down at The Kitchen table.  On a good day they would hear strange noises coming from the terrible gaping hole.  On a bad day they would get wet.  That creation of humanity caused nothing but distress and misery in my youth.

Another thing about The Kitchen.  The floor was wet, and had these terrible black spots.  I remember as a child trying to wash them off:  they just remained.  On a sunny day and (there were a lot of them!)  A visitor would come, my brother and sister would disappear upstairs, and I was the one who was forced to develop a sense humour in order to distract the visitor from the ceiling, the walls, and the floor of The Kitchen.  This relic from a bygone era was a character builder!

The Last Thing about The Kitchen that made it an official embarrassment:  it was the counter.  The counter looked like something from a Third World country.  It looked like the H.M.S Titanic hundred years under the water.  It was a god-awful brown and on some parts on it had accumulated a thick layer of dust on it.  If we had plumbing problems (we had a lot of them) my Dad would tear apart the counter and forget to cover it up.  Oh! The horror!  Mice would treat it as a second home.  I remember watching the B.J. and The Bear, or The Flintstones, and then stepping into The Kitchen, and seeing a mouse take cover in a cubbyhole.  In an instant it grew into a rat, and other rats came!  They suddenly grew into the image of my Dad and his gambling buddies!  I remember them yelling at me:  “Get back into the Living Room!  This is no Place for Kids!”

As times prospered The Kitchen was renovated.  As a matter of fact, I remember it became a movie set.  It was the envy of Kitchen lovers the world over.  A low ceiling and floor were installed.  The floor was cold, but not wet.  A state of the art counter system was installed, including a dishwasher.  Nobody would believe that The Kitchen was a remnant of a lost civilization.  It is just a funny story now.