In 1990, I worked as a ride operator at Canada’s Wonderland. Working long hours with people, I got to know them very well.

From Wonderland, I met R, who came from a strong Portuguese Canadian Roman Catholic family. At that time, R was engaged to a woman his age and heritage. After R graduated from York University, he could not find work. He searched for employment for a year and a half. At age twenty-nine, the fiancé called the marriage off. Soon after, R had an interview at Queen Street Mental Hospital. 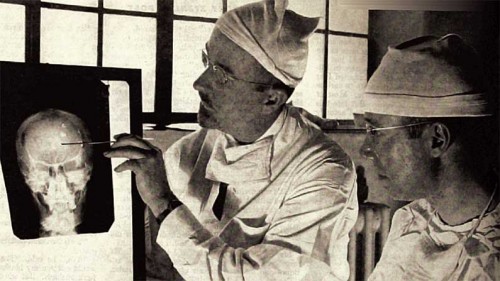 The interview went fine. The officials behind the desk found R professional, courteous, and easy going. They also felt R was the person they had been looking for. As they took the bachelor on a tour of the premises, all hell broke loose. In the basement of the hospital, a seven foot seven patient ran along the hallways.

Two attendants chased after the patient, all getting thrown around like rag dolls, horrifying R and embarrassing his unlikely tour guides to no end.  Through some strange atmospheric phenomenon, the patient became stark naked and the interviewers excused themselves, joining the pursuit of the madman across the hospital premises.

“I am out of here!” R cried, as he left the insane asylum.  Soon after, R did get work as an intake counselor at a downtown homeless shelter.

As the years passed, he met a middle aged woman on an online chat room. They eventually married in a traditional church wedding in San Diego California.  They then came back to Toronto. The working couple now had a mortgage.  True to form, R found himself as an intake counselor at Queen Street Mental Hospital. So if you have a meltdown, mention my name to that intake counselor at the Mental Hospital…