This is an update to a couple of previous articles. 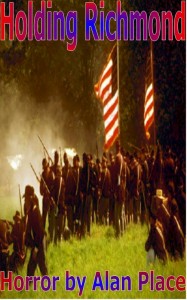 My online tutor told me that I could never write a saleable story. I bet he is kicking himself now, I have sold more this weekend than he has in the last 15 years.

Holding Richmond my American civil war-alternate history story is going well in the US.

Also doing well is Pat Canella as both “Dockland murders” & “Ghosts of your past” are having sales.

This proves to me that too much education is a great hindrance, you tend to think on a level above the average buyer.

The average buyer is like you and I, they probably never had a good education.

Spent their lives working and raising a family, all they want is a good read.

Sentence structure is not an issue as long as it reads well and has the action to pull you along with the story.

I agree with my friend Jack Eason when he speaks about “Literary snobs.” As we discussed publishers think a name will sell a book. They are wrong, a name will catch the eye. It is the story that sells the book.