The Art of Psychologist C.G. Jung

Half of this oversize red leather bound Liber Novis (New Life) is devoted almost half to C.G. Jung’s Oil and Watercolor fantasy painting out of his awake conscious explorations.

Although the first half of the book with the majority of the paintings is in German, the second half of the book is in English. I can tell you I was in heaven looking at these original Psyche Paintings of Jung for the first time. I hope you will let me know what you think when you get hold of this book. If you are an artist, it is a must buy! 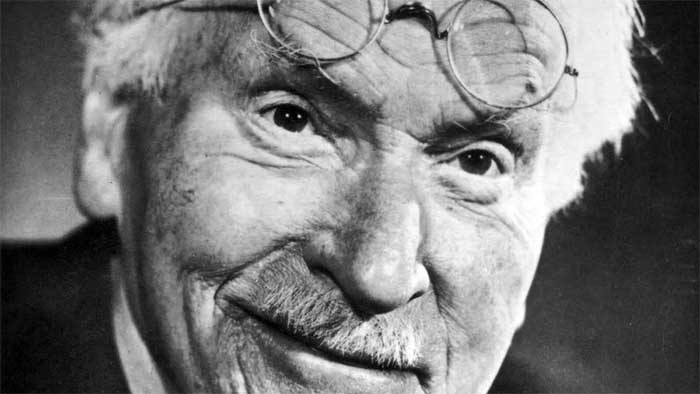 Liber Novis, written before 1930 and never published until 2009 spans several years and provides an understanding of the foundational beginnings of the personality analysis and other scholarly work, especially the individuation process. If that were all that would be plenty. But Jung also speaks out loud of his own personal psychoanalysis process, his own hard-scrabble individuation process and shares wonderful paintings of his fantasies.

Take a walk inside the inquiring mind of Carl Jung. For me the same INTJ Myers-Briggs type as Jung and Jungian scholar, this proved so enlightening, took me inside my own mind in an eerily correct mirror. So many people, known concepts and familiar understanding for me, like a walk on a pre-prepared path. Delicious, like St. Paul’s Philemon somehow connected to Elijah from Jesus’ transfiguration.

Throughout Liber Novis you will see the emergence of Jung’s beginnings of his psychological types and archetypes. Jung came from a Christian family, father a pastor. So do you have to understand the Bible to read the book? It helps. For example, in one Jung fantasy, he has Salome blind and with Elijah, when in reality Salome, who danced for Herod and requested the head of John the Baptist be brought to her on a plate when Herod told her she could ask for anything, because he enjoyed her dancing so, was actually the daughter of Herodotus. In Jung’s fantasy, a cross had Elijah at the top representing rational thinking and Salome at the bottom representing feeling. The left cross beam represented Superior the irrational interior and the right cross beam represented the Serpent thinking sensation (inferior). 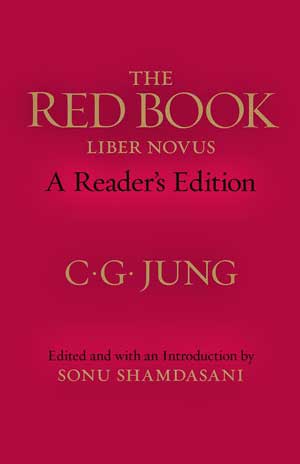 Still, the dictionary, and I used it many times, especially words no longer in common usage, can enable you to read the book without worry, if you are willing to go the extra step of looking things up.

Imagine traveling with Jung as he actively tries to reconnect with his soul and gain wisdom stored in the unconscious.

Within this purposely unscholarly volume, you will find dialogs about Jung’s inner state/s. St. Ignatius of Loyola’s fifth spiritual exercise instructs one to see with the eyes of the imagination the length, depth, and breadth of hell. Instructions: empty the consciousness, go under it. Beneath the threshold of consciousness, everything is animated in what Jung eventually named the collective unconscious.
Want to do your own paintings?

Get into this huge Red Book bound in red leather, hence the nickname that stuck, and a first look at the interior disclosure paintings. These alone, especially for this artist, occupied hours. Jung, although he never seemed to consider himself such, was a wonderful artist, abstract images, for the most part, with phenomenal detail, pure originality, drawing and color skills—delightful to experience!

Let me call your attention to Jung’s artwork on pages 79, 88-89, 105, the mandala on page 107, pages 115, 119, the gemstone on page 121, the mandala of Christ on page 127, defiant snake on page 129, the mosaic head on page 133, the most amazing page 135…. Jung says next to the painting on page 154, The Bhagavad-Gita says: “whenever there is a decline of the laws and an increase of iniquity/then I put forth myself: for the resource of the powers and for the destruction of the evildoers/for the establishment of the law I am born in every age.” I see Jesus preaching on page 155. What will you see?

Here is Jung’s way to move into active imagination, a far superior introspective tool than passive dreaming, a conscious way of entering the unconscious realms more purposefully, targeted and elucidating than dreams.

1. Empty the mind to produce a vacuum in the consciousness
2. Concentrate on a particular mood
3. Attempt to become as conscious as possible of all fantasies and associations that come up in connection with it
4. Allow whatever fantasy free play without departing from the initial affect in a free association process
5. Should lead to a concrete or symbolic expression of the targeted mood nearer to consciousness, making it more understandable
6. Draw, paint or sculpt the fantasy
a) Visuals will see the inner image
b) Auditories will hear inner words
c) Kinesthetics can access through automatic writing or with a planchette (used with or without a Ouija board) to facilitate automatic writing
7. Experience an inner dialog to widen consciousness

Clearly, these images take place outside of the rational, conscious mind. Soul gives rise to images that were assumed to be worthless from the rational perspective and there are five ways of using them—

Of course, writing this book over nearly two decades, Jung also worked. For example, in1913-14, Jung saw about 5-7 clients a day, five days a week.

Certainly the connection and disconnection with Freud was mentioned. Freud’s analytic reductive method was based on causality and Jung felt showed only half of the picture. Jung used the constructive method of the Zurich school which showed the whole of it. Life is lived new so cannot be understood merely retrospectively. KEY: How out of this present psyche, a bridge can be built into its own future.

Imagine, after the assassination on June 28th of Archduke Franz Ferdinand until the outbreak of war on August 1, 1914, Jung described having the feeling that he was an over-compensated psychosis—33 days!

There are personal dreams and what Jung called “big” dreams that relate to the world at large. Also private fantasies and public event fantasies, which Jung called “active imagination.” Psychotics experience these but are unable to integrate them and get swallowed up by them.

Imagine also a being part God, part human, part animal, and consider which one rules at any given time. (Appendix C of the Red Book) Below you serpent, within you man and above you God.

One more part of our personal self is the persona or the person we create and choose to present to others, our mask or chosen role on the stage or our life that somehow arises out of the collective psyche.

Jung called the anima (how the subject is seen by the collective unconscious) a counterpart to the persona. Anima-male’s female soul. Animus-female’s masculine soul.

Jung’s fantasies he claimed came out of his inherited collective psyche. I-center of the field of consciousness a complex among other complexes, different from the self. Self-subject of a person’s totality and includes the unconscious psyche, so the I is included in the self. Jung equated Hindu Brahman/Atman with the Self.

Review (1): Mungai and the Goa Constrictor