Once again, my ever-tested daughter, so often in overmuch survival struggles, lies on a hospital bed, already forming back sores. As she asked me her question, I asked myself her question.

As I spontaneously sucked in my breath, I struggled to answer the hardest question anyone ever asked of me. If her sugar, blood pressure, hemoglobin levels did not right themselves, healing stayed impossible. If the antibiotics did not clear up the Mersa staph infection poisoning her, her surgeries would not heal. And, the hospital had to stop the antibiotics, because they were just lingering in her system as her kidneys had shut down. 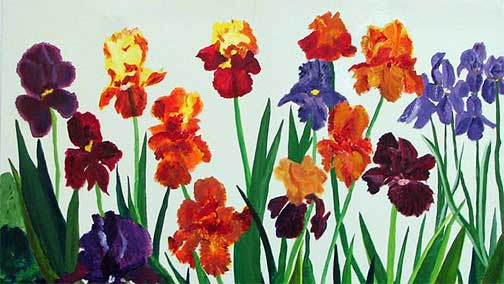 “Sweetie, if the doctors thought you would die, they would not be working so hard on you right now to bring you back to health.” Believe them when they tell you it is possible to fix all the things that are wrong with you right now.”

Diabetes, I believe, burdens its sufferers with the heavy cross of many damaging attacks physically, mentally, and emotionally. I have watched my daughter over thirty years feel from 9-99 shades of bad every day. Diabetics who have had the disease for decades, both men and women, mirror her story.

One friend who has had diabetes for over 45 years spends every day feeling more or less bad than yesterday and can never truthfully say she feels good, housebound, rarely going out, falling asleep at the dinner table when her sugar acts up.

For over twenty-five years, my daughter, who rarely had health insurance and never a personal physician to care for her, remained undiagnosed with her diabetes disease, regardless of how many trips she made to free clinics and hospital emergency rooms.

She would call with sets of symptoms neither of us understood. Once, in desperation, I called the pharmacy where I get my prescriptions filled, and spoke to a pharmacist about the symptoms my daughter had. She told me my daughter was in life-threatening sugar shock and needed to get to a hospital emergency room as quickly as possible.

As a parent, I believe watching a critically-ill child suffer to be the greatest trial, similar to the death of a child. Certainly, all parents see their children hurting and in pain, but for going on three weeks, the survival watch while my diabetic 47-year old daughter’s life-sustaining systems struggle to keep her alive overwhelms.

While so many say that no one needs to suffer now that advanced pain-relieving drugs exist, for two days I watched my daughter suffer agonizing pain, even with them. My mother also suffered this way. Neither could sleep through the night without interruption and crying out in pain. I watched her doctors walk a tight rope needing to allow the systems to function enough to give the body a chance to heal. Every medication has side effects and increased dosage increases some and invites new ones. I discovered that antibiotics can impair hearing and that if the kidneys are not working; antibiotics cannot leave the system and can rise to toxic levels. Diabetics do not heal as well as those without the disease, are prone to kidney weakness.

When I returned, I wrote this poem:

Angels of Life and Death

She doesn’t want to go back
to her apartment
where she lives alone
and death moved in for three days.

In the hospital room,
angels of life all surround her
pondering, preparing, performing
and the angel of death
watches and waits.

Her bravery amazes
as does her cool and calm advocacy
as the stream of nurses
monitor the IV fluid
attached to her neck,
respond to the air bubble alarm,
take tests of sugar, pressure, oxygen
and meet her agony with the welcome
pain injection, now every three hours
to subdue the sting
of the twice in two days
lanced and washed
still-infected wounds
under her bandaged hands
and the three-inch deep, six-inch long
cavern under her arm
that gets packed and unpacked
every eight hours.

She’s on one toe
on a high wire
willing her unstable body
to hold on
and not slip off the wire
into the arms of death
waiting and watching below.

I have learned to appreciate how difficult it is for my family, friends and neighbors to know what to do or say to me during this time. When I came home from visiting my daughter in the hospital on Sunday evening, the telephone was ringing. It was my friend, Gail, and I believe God orchestrated the call, because I really needed to talk with someone and I live alone. Gail’s love is so supportive, comforting, caring. “What can I do?” Again, I did not know.

I struggle minute by minute asking myself, “What can I do?” She listened while everything I was feeling came pouring out. I told her has sad I felt when I saw not one Get Well card on her window sill, where my flowers and her son’s bear stood next to each other. “Well, I’m sending her something; what can I send her?” I thought about her huge under-am incision was at 6″ long, 1″ wide and 3″ deep, and thought she can’t wear a bra and needs something she can just pull over herself. “That’s for when she gets out of the hospital; what can I get her now?”

Mind back in gear, I said the hospital menu has no diabetic cookies or candy on it. “I know just where to go. You tell your daughter you will be there to see her soon. We’ll come and get you and take you there.” Gail lives near NYC and I live Upstate while the hospital is near Philadelphia, PA.

In recent conversations, one person who lost a child in her forties to diabetes told me they know how I am feeling. I told her, “That’s one of us, because I do not know how I am feeling myself.” What I do know is how courageous and brave she is and how proud of her I feel and how much I love her and want the best to happen for her. I believe prayers have brought her to Einstein Medical Center-Montgomery in East Norriton, PA and under the care of the angels who work there committed to curing those who enter their doors. I am grateful to all who are praying and to God for His goodness and mercy.

Other people tell me she has to take care of herself with diabetes and make sure she does not get into this condition. I have been telling them that she worked hard to get her weight down and has kept it down since her diagnosis and has been vigilant with her diet, but suffered from constant nausea from the medication prescribed by a clinic doctor. I will have to remember to ask the Lord to take over my tongue if another person says those words that basically mean that her current critical condition is her own fault.

Another diary entry will come with so many things I have learned about my daughter’s life these 47 years, the things I have done and not done, how I am dealing with the reality of my relationships with family, friends and neighbors, and grateful I am for the prayers of people and organizations from all over the world and an actual letter I received from the Spiritual Director of the Association of the Miraculous Medal.

If you are one of the “What can I do?”  questioners, please pray if you are a believer, because she is in God’s hands. I work really hard to remember to trust Him to make the best decision for her.