Comedy, as distinguished from tragedy, as a genre, concerns itself with human imperfections and exaggerates them to absurdity.

Comedy puts everyone on the same playing field under the same critical lens. No one is any better than anyone else. Comedy pokes fun at bad manners, raging egos, stuffy rules, and rigid attitudes. 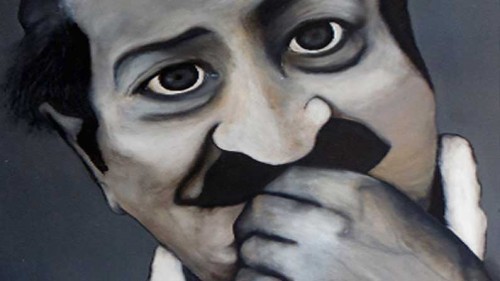 People laugh at exaggerated movements that clowns make. They laugh at unusual facial expressions and abilities such as the nose and ear wiggling, dancing eyebrows, and amazing mouth contortions.

They laugh at stupidity, real and imagined. Imitation evokes laughter. People laugh when they feel superior. The Seinfeld Show

If you can find humor in anything, you can survive. Remember my oldest daughter’s line, you gotta laugh; if you don’t you’ll cry. Humor is life’s best medicine

No situation is immune from a humorous take on it. Think of gallows humor and hospital humor. Humor is the only thing short of death that diffuses horror.

Viktor Frankl, who survived German concentration camp confinement, said, humor, more than anything else in the human makeup, affords an aloofness and an ability to rise above any situation even if only for a few seconds. I would never have made it if I could not have laughed. Laughing lifted me momentarily out of this horrible situation just enough to make it … survivable.

said, Perhaps I know why it is …[humans] alone who laugh; …[they] alone suffer so deeply that …[they] had to invent laughter.

One of the easiest and best ways to hone your sense of humor is to laugh with children. Make them laugh. Let them make you laugh. Children are the best teachers of physical humor. Children laugh so much more often than adults because they use their bodies, minds, and spirits creatively. When I was caring for my neighbor’s son, David, I told him when I was about his age, I loved sliding down big wooden banisters.

I know how to slide down stairs without a banister, he said. He then slid down from the second floor to the first floor on his belly, laughing all the way. Then I slid down. Then we slid down together. David’s mom and I were both single parents, so we did lots of things together with the children. One day, David and I were laughing so hard in a restaurant that his mother asked us both to leave until we could calm ourselves down. We were still laughing when we passed the window where they were sitting. She just rolled her eyes. That’s another of my funny photos.

By now, you may be wondering what it actually means to have a sense of humor. Here are some characteristics:

Humor is standing watch over life and shining a bright light on the funny things that show up. It is often spontaneous, quick and quirky. Humor can be so fast-paced you really need to be paying attention. Laughter is literally fast-paced, coming out of your mouth at 70 miles an hour.

The former president, John F. Kennedy said There are three things that are real: God, human folly, and laughter. The first two are beyond our comprehension, so we must do what we can with the third.

Cultivating good humor skills allows you to play with life. Former President Gerald Ford said humor can help you to disagree without being disagreeable. When someone growls and grumbles at you, ask, are you an endangered species or it is legal to shoot you and put you out of your misery? When someone finishes your sentence, say, I guess I’ll leave. Since you do both parts of our conversation, I’m no longer necessary.

Make it easy on yourself while you are a Humorist in Training (HIT). Think positive and practice only one style out of the five basic types of humor:

You’re right if you’re thinking wit and humor come naturally to some people. However, you’re foolish if you believe you can’t learn to make funnies out of life. Here are some ideas to get you started:

If you think of laughter as mental jogging, think of humor as the jogging track. Could you run the quarter-mile track the first time you put sneakers to gravel? I remember the beginning of the running craze in the early 1980s. Suited up in new running gear, I began my short running regime at the high school track. I should have suspected how hard it would be when I found myself alone on the track. By the time I was 30 steps into the quarter-mile circle, my whole body had mutinied.

My head ached, I was holding one of my sides, and I was wheezing like an old tractor about to expire. After four days of this torture, I decided to time myself against the four-minute mile gauge. No fool, I fast-walked the mile first and it took 20 minutes. Excited, I anticipated how much faster my running time would be. You probably already guessed, it took 20 minutes. In-joke parlance, this is called telegraphing. No surprise, not very funny. Avoid it when telling your jokes. But remember the story while you hone your humor skills. Don’t expect Bob Hope, Bill Cosby, Bette Midler, Seinfeld, Rosie O’Donnell, Robin Williams, or Whoopi Goldberg, at least not for the first decade. Anticipate that you will get better.

Here’s what you need to pack into your Humorist’s Tool Box:

Here are some tricks and techniques to increase your chances of getting laughs:

In the sum total of lives, the best memories to share are the funny ones, so create lots of them. Mark Twain said, Humor is a great thing, the saving thing, after all. The minute it comes up, all our hardnesses yield, all our irritations end, resentments flit away, and a sunny spirit takes their place.

Now that you have reached the final of this three-part Barbara Garro Hone Your Funny Bone Series, you may want to consider hiring The Humor Coach to perfect your delivery, understand and stay focused on your humor aptitude, and work on becoming the funniest person your friends and family know! In other words, become a Humorist in Training, a HIT!

melaniesovann94 Mar 27, 2020 1
Writing in Quarantine To some people, writing is probably a community thing. They like it when they sit around…
Society