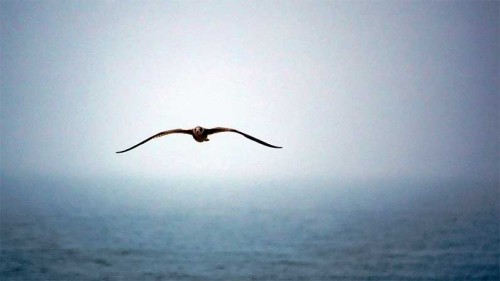 I can remember being twelve and standing in the schoolyard watching six boys in my class go off to their weekly scout meeting.

They looked like a matched set of lead figures, dressed in khaki and brown uniforms with cotton scarves proudly knotted at the necks of their crisply ironed shirts.

Two boys wore merit badges stitched to a sash worn across their chests. I stood off to the side, a stick figure in short pants and a plaid shirt with sleeves too short for my gangly arms, wishing I was part of their group.

As I look back, I now realize that I too was a member of a group and considered by my friends to be its leader. We were all first-generation Americans bound by the prejudices of our European-born parents. Together we explored our Bronx-bound world with energy and a sense of adventure as we went camping in Pelham Park, paddled canoes off City Island, but mostly we’d dream of seeing the world.

I was born in 1908 and from my earliest memory, I lived in a world sculpted by my father’s personal history. To him scouting stood for something he came to America to avoid.

I can still hear his vehement refusal to my request to join the local troop, No son of mine will become a member of a fascist organization. There will be no brown shirts in my family! So I never became a Boy Scout.

My father escaped the Czar’s army by shipping off to America before his sixteenth birthday. Arriving in New York in the late 1880’s he worked as a busboy, truck driver, and laborer.

By the time he was in his early 20’s he had married my mother and opened his own business…a laundry. I am the first-born son and the one he instilled with all of his life’s lessons.

His most precious lessons, what it meant to be an American and the privilege of living in this land of promise. Yet, even as a naturalized citizen and member of the local business community, he never conquered the language or gained an understanding of the American way of life. To the end, he remained a newcomer to the land of his dreams.

I loved my father. He was filled with humor and shared with me his love of learning. He told me that in this great country I could become anything I wanted, with everything I needed to be found in books. Unfortunately, while giving me permission to follow my dreams, he kept me earthbound by fears born during his childhood in Russia. Don’t tell anyone you are Jewish, he would drill into me again and again. It isn’t any of their business. You are an American boy. Study your lessons and don’t do anything to make yourself stand out. When you grow up you will be a doctor.

My life at twelve revolved around going to school and helping out at the family business. My job was to make the rounds of the neighborhood in our horse drawn wagon delivering and picking up laundry. At the end of the day, I led our horse Blackie into the barn off to one side of our three story wood frame house and unhitched the wagon. I didn’t mind stabling Blackie and seeing to his care.

While brushing his coat I’d tell him about my day and of my dreams. “I’ll never fit in,” I’d say. “The guys don’t want me in their troop. So I guess Papa won’t have to worry about my wearing the uniform. ”Blackie would toss up his head and snort in agreement. He understood things that I could never have shared with my father.

That summer my father’s younger brother, Uncle Sammy, asked for permission to take me out for the day. This was a real treat because, unlike my father, Uncle Sammy didn’t speak in broken English and didn’t dress in woolen trousers in the middle of summer, he wore open collar shirts, cotton pants and wire-framed sunglasses.

He was a World War I veteran and had captured my imagination with stories of his exploits that were more vivid than the newsreels at the local movie theater. As my Uncle Sammy’s oldest nephew, he would often take me to the ballpark for a Yankee game. But on this Saturday, he said that he had a surprise for me. No matter how many times or ways I asked him where we were going, he just smiled and said I was to wait and see.

As his Model T Ford pulled up to an open field in Flushing on the south shore of Long Island Sound, I was mesmerized by the sight of a fleet of airplanes parked in a row outside a hanger. It was 1920 and aviation was capturing the imagination of the country. Having flown in the war, Uncle Sammy was one of the country’s early aviators and today he was taking me flying in his new biplane.

As I put on the leather helmet and goggles, really two pieces of glass set into a soft leather strap, I felt a thrill that no film of flying aces ever duplicated. I can still remember climbing up onto a cloth-covered wing and stepping down into the front bucket-like seat of the open cockpit, strapping in and waiting for Uncle Sammy in the seat just behind me, begin his take-off checklist.

Then, with a thumbs-up signal to the field attendant letting him know he was flight-ready, we taxied onto the runway and were soon flying free of the ground, up toward the clouds and leveling out over the Bronx shoreline. Uncle Sammy knew my secret that I wanted to fly, a dream on the farthest fringes of possibility.

On that day, with the wind in my face, the roar of the prop in my ears, and the sun bouncing off the windshield in front of me, my Uncle Sammy began to teach me to fly. With the first feel of the stick, I fell in love. I would grow up to be a pilot, not a doctor, lawyer, or accountant. Uncle Sammy had shown me how to fly free of my father’s limitations.

Patricia E. Gitt is the author of novels of women, mystery/crime and success.

As a former executive in public relations she worked with many outstanding women in finance, healthcare, fashion and pharmaceutical industries. She says, “I wanted to read novels featuring their strength, qualities that made them successful, and how they balanced dynamic careers with their private lives.”