For anyone interested in how a story evolves and for those among you who took the trouble to read my post the other day, here is how that same short excerpt now looks after expansion and hours of constant editing…

After each corvette docked within the vast automated shipyard where the process of break up would be carried out, its crew transferred via shuttle to Gogol. Five days later the CEDF now consisted of two Behemoth class battle cruisers – Gogol and its inanimate sibling Terra, named after our home planet by Glen. Both massive planet killers had their hanger decks modified to accommodate the squadrons of fighters formerly housed aboard the old corvettes, while their crews’ retrofitted the former fleet’s armaments to increase the battle cruiser’s firepower. 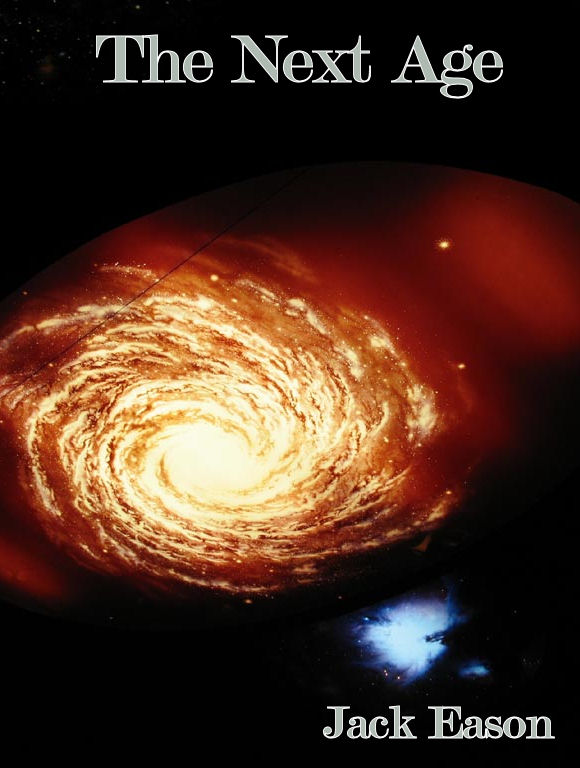 Since becoming the C in C of the CEDF, free from any form of political interference, Glen’s as yet unspoken aim was for mankind to first defeat, then replace the Akran, not as mindless warmongers but as peacekeepers, similar to the way in which the United Nations sent in numbers of multinational peacekeeping troops to quell civil and secular wars and many other kinds of insurrection back on Earth, from its inception in the middle years of the twentieth century until the meteor bombardment occurred.

But removing the Akran from the equation would not be a walk in the park by any stretch of the imagination. Only when they were no longer a threat would Glen consider it time to approach the Council of Worlds with his proposal, which in effect would be an ultimatum based on the simple fact that with the defeat of the Akran and the creation of a second Behemoth, he now held all the cards. In his eyes and those of the rest of the men and women serving in the CEDF, this was either going to be humanity’s swan song, or its emergence into the universe as a force to be reckoned with. Flawed as it undoubtedly is, humanity must survive.

Glen began what amounted to a council of war held in Gogol’s command centre by saying, “what is the best way to blindside a powerful opponent intent on destroying you, gentlemen? I’ll tell you – attack them when and where they least expect it! To that end Gogol has located the Akran’s home planet.”

“If you will allow me to answer the major’s question Glen,” Gogol interjected, “the planet Maal is in the Vida planetary system of the Andromeda galaxy’s inner spiral arm. I have calculated that even travelling at the maximum speed allowable within a wormhole, it will take us at least five months to arrive at the outer limits of the galaxy. Given that our people noticeably suffered ill health after just one month travelling in this manner, we would need to stop from time to time to allow recovery. The one thing we must all be is fit and alert when we reach the galaxy. That also applies to Terra and me. Though we are not living breathing beings like you, even we need to rest occasionally.”

For everyone aboard the battle cruisers, a giant leap into the unknown depths of the universe was about to begin, not so much with a roar as a whimper. Totally preoccupied by what was about to happen, Glen and the men and women serving with him brushed aside the fact that according to the calendar, the month of September had begun back on Earth, considering it as nothing more than a mere irrelevance, due to the present set of circumstances they found themselves in. To their way of thinking, the concept of marking the passage of time with days, weeks, months and years no longer mattered in the depths of space.

Not so for Gogol. This important fact meant that the Andromeda galaxy was now to be found at its closest point to the Milky Way, from where its own constellation borders that of Pegasus, thanks to a set of immutable laws of the universe similar to the precession of the equinoxes, which affects all the planets, first discovered by the Greek astronomer and geographer Hipparchus in 125 BC.

To give you an example of precession, our home planet rotates about its axis responding to the gravitational attraction of the sun upon its equatorial bulge, so that its axis of rotation describes a circle over what to us appears to be an enormous period of time, in this case approximately every 26,000 years. Even galaxies are not stationary. They are affected by the continual expansion of the universe. Because of it they do not remain in a rigidly fixed position, even though we think they do when observing them during our brief lifetimes from what we perceive as a fixed point in space and time…

All this actually meant was that Gogol now had to calculate a path across the vast distance between Sekker (situated directly opposite the Earth and the Solar System, on the opposite side of the Milky Way) and their ultimate destination, the Akran homeworld. To achieve this, the planet killer would utilize various stars along the way as waypoints. By the third week, Gogol was satisfied that it had finally determined the shortest route possible, after literally spending hundreds of hours continuously calculating, while its crew went about their daily business in preparation for what was to come.

The reason for the need to use waypoints was twofold. First of all, both ship’s crews needed to recuperate from the effects of wormhole fever, a debilitating side effect of this particular method of space travel. Secondly, even though both ships had the capacity to create a wormhole, each one they formed had a finite length according to the universal laws of physics. In other words, it was not possible to create one long enough which would stretch across the mindboggling distance of 2.5 million light-years to Maal in the Andromeda galaxy.

Preparations over, the journey finally began when the two battle class cruisers cloaked before accelerating to maximum speed within their combined wormhole, heading for the star Enif in Pegasus. From there they would trace a predetermined route via all of the constellation’s more prominent stars, continuing on from Enif to Markab, Algerib, Alpharatz, and finally the red giant Mirach, which sits in the Andromeda constellation, using them as waypoints and rest stops. In relative terms when gauging interstellar distance, Mirach is so close to the Andromeda galaxy’s outer edge, the Vida system, and their ultimate destination the Akran planet Maal. Gogol had chosen the dwarf lenticular galaxy NGC 404, or to give it its common name, Mirach’s Ghost, seven arc minutes distant from the red giant star, as the final waypoint. This was to afford them a place to hide and rest up before running the inevitable gauntlet as they journeyed across the giant galaxy. If need be, Mirach’s Ghost had a few small uninhabited planets with a breathable atmosphere, which would double as a temporary base of operations.

See, nothing to it. But remember one thing, nothing is ever set in stone when it comes to writing. 😉