Last week I wrote about Sundance and how it impacts the American film industry. But what’s the point of film festivals in the first place? What industry professionals won’t tell you, is that they’re not meant for the general public at all!

Just how many?
How many film festivals do you think exist worldwide? Let’s try to name a few:
Cannes, Venice, Berlin, Toronto, Sundance, anymore? 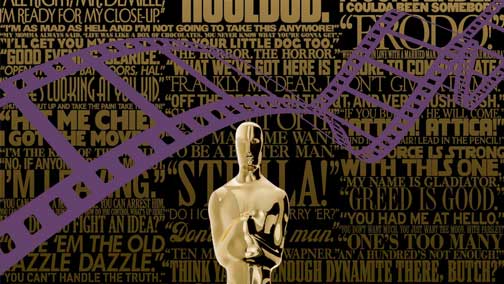 These are indeed the biggest, most prestigious film festivals

out there. Most of you have probably heard of at least 3 of them.

This is also why they are referred to as the ‘Majors’. The Majors will generally only accept films that would be premiering there, to help maintain their exclusivity.

Other film festivals you’ve probably heard of:
Tribeca, Edinburgh, San Sebastian, Locarno, Hamptons, Raindance, Rotterdam, IDFA? These, and about 15 more, are called the ‘Mini-majors’ and, as their nickname suggests, follow right on the Majors in industry importance and size. Some of these are the most important film festivals in their niche, like IDFA is for documentary films.

The Oscars and BAFTAs are really more of a prestigious award ceremony, and boost PR and marketing, but are not considered festivals per-se’, mainly because they only accept award winners from other film festivals, so the discovery factor is not there. Then there are the local film festivals, per country, which mostly serve as a springboard for the bigger ones.  So, how many in total? There are more than 6,000 film festivals worldwide.

What is the point of film festivals?
Out of the 6,000 film festivals out there, it is the ‘Majors’, ‘Mini-Majors’ and local film festivals that serve as the film industry’s main quality control mechanism. Taking into account that some of the bigger film festivals receive up to 4,000 submissions each year, the programmers indeed have their work cut out for them. Other than the purely commercial ventures (mostly coming from the US major producers), most films go through the highly critical evaluation machine of the film festivals. At the head of each film festival’s evaluation committee reside the Head Programmers, and they will decide on the fate of the filmmaker and his creation.

The question remains, how do you get your film seen by the programmer? That’s a tough ask. Most people in the industry advise for the filmmaker to recruit their local fund or association to advocate them with the festivals. A phone call or email from someone more established in the industry, local or otherwise, can get your film to the top of that huge pile. Recently, a sales agent tried to assure me that even in the Majors, you always have a chance of being discovered from the pile if your film is good enough: “every programmer’s dream is to the discover the next Tarantino; that’s why they do what they do”. That might well be true, but in my humble opinion, there’s simply too much white noise to be discovered like that. Besides, even if your film is amazing, would you take that chance, or would you go look for a champion to bring your film to the programmer? I know what I would do…

Who needs them?
If we are to separate first-time filmmakers from the rest of the industry, they are the ones in most need of film festivals. As the sales and distribution side of the industry is very lean on people, there’s very little chance that you know someone in the right place that can help you get your film sold and distributed, even if you didn’t need financing to make it. As such, the only way to get your film treated with any respect is to run it through the festival circuit. A successful ‘festival career’ for a film, although it doesn’t guarantee a distribution deal, it raises the odds infinitely. Hit it big with screenings in the Majors, and you’re home free. No festival laurels on your film whatsoever? You’re probably dead in the water.

The producers need them to sell their stuff, whether it is a finished film or early stages; the buyers are there. Directors need film festivals to gain critical acclaim, enabling them to raise finance for their next project more easily. Of course, it’s more important to the financiers that your film does well in the box offices, but critical acclaim goes a long way, especially in Europe where most films are made on public funding. The sales agents need festivals to help them sieve through the unbelievably high volume of films and help them separate the pros from the amateurs. As camera equipment is getting cheaper every day, and editing can be done on the same laptop your 10-year-old nephew uses to play Minecraft, some say over 50,000 unique films are made and submitted to festivals worldwide every year.

The bigger festivals also serve as a type of trade show, where huge markets take place, and films are bought and sold in the millions. The Cannes film festival is the largest of these events that in 2012 have reportedly seen over 2,700 titles presented in the market section, with 3,300 sales agents and distributors and more than 3,400 producers in attendance. As a side note, the circus that is Cannes film festival attracts annually over 200,000 film lovers for two weeks in the sunny South of France. This is where most of the film business takes place.

Who else? Local governments use them to enrich the culture and attract tourism. And last but not least, film festival organizers need them. What can I say? With over 6,000 festivals worldwide, most of them are just, let’s face it, moneymaking schemes. Submission fees are climbing as high as $100 per film, times it by say 1,000 submissions and you got some serious cash flow. And, lest we forget that most festivals are either subsidized or looking for subsidies from local art-supporting foundations and local government. Sounds to me like a well-established business model.

So be careful out there when you set out to make your film. It’s a complicated, interconnected and somewhat incestuous industry that revolves not only around making great movies, but also around being business savvy, knowing the right people, and playing your cards right.

Has any of you been to any film festivals before? Maybe you were presenting a film? What was your impression? I’d love to hear from you.

The Making of a Confident Woman