The Curse of Time

Despite the countless fictional time travelling scenarios on offer these days and in the recent past via science fiction novels, short stories, along with film, radio and television like the excellent Dr. Who series, are we meant to be able to travel in time?

If it became possible in the future, how would time travel affect us? 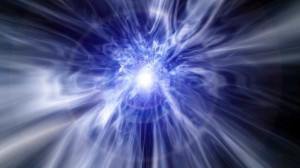 Another problem to consider is if you traveled back in time to the same location you set off from, would you appear at a lower ground level, or even below water? With the passing of time the surface of the ground we walk on today has gradually raised from where it was even a thousand years in the past. Given that irrefutable fact if you went forward, apart from possibly rapidly ageing, would you find yourself swallowed up beneath that age’s current ground level?

Would you be physically different to those inhabiting both the future and the past? Regarding the past the answer is definitely yes. Our ancestors led a far more physically demanding lifestyle than we currently do. Whether or not the people in the future would differ physically is almost an unknown. And yet as we have progressed over the last few hundred years we have become used to a less physical way of life. If mankind progresses at the present rate, the people of the future will undoubtedly become even less reliant on the physical aspect of their bodies than we are right now and more reliant on technology.

A final thing to consider is disease. Each time period has/had its own particular set of crippling diseases. How would our bodies cope with plague for instance if we went back in time? Would the people in the past and in the future be struck down by the diseases we currently suffer from if we traveled in time?

Above all, if you found yourself permanently trapped out of your own time could you survive? Are we not merely a peculiar adaptation of our own present time and environment? Would we even be tolerated in the past or the future?

All of the questions I have raised here are largely ignored by writers in the world of imaginative science fiction time travelling tales. But what if?

Food for thought I think…

Writing – The Hardest Game in Town