I quite enjoy watching Squawk on CNBC, while it is a financial programme it’s also highly entertaining, whether it is meant to be or not I can only guess at, but they do have politicians hawking their wares trying to get elected or forced into putting their names forward as a great personal sacrifice.

Last week they had an ex Governor, Republican who was frankly embarrassing, he just ranted on about Obama-care. Not one single policy initiative did he put forward, Just a constant tirade, how this President had wasted 14 Trillion dollars, not bad I thought 14 Trillion in two and a half years, that is some going. I suppose none of the Presidents before him had spent any of this money, but this did not worry this politician he was in full flow, nearly foaming at the mouth. I believe it also embarrassed the shows presenters who seemed somewhat relieved when the interview ended after only one question. 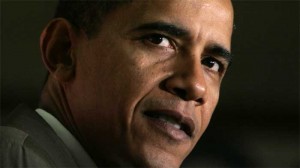 What I find rather strange is that if Medicare had been called Pelosi-care or Franks-care I could understand that, as it was mainly a Congressional initiative that forced it through, but to lay all the blame on the President seems heavy-handed. It almost seems as if there is a personal hatred, or perhaps racial undertone to many of these outbursts, as I mentioned earlier the US debt is 14 Trillion dollars and it’s as if he spent it all, the way these Republicans are ranting on.

It is the same with US involvement in Libya, all of a sudden there has to be Congressional oversight for what is basically a policing action, where was the oversight when President Bush invaded Afghanistan and Iraq, just nodded through, hundreds of thousand of US troops committed to foreign wars, and when President Obama decides to reduce the  troop numbers he is criticised for only doing it to get re-elected, you cannot have it all ways.

Just one final point I would like to make. President  Obama is President of the United States and should be treated with the respect of his office. He has taken a lot of abuse that is more than political differences, there is a nasty feeling that needs to be removed from the political field.