Women24 chats to South-African-based Irish author Linda Penhall about her book They Never Gave Up, a heart-warming chick-lit with substance read.

Tell us a little about your journey into the publishing world. Where did it all start for you?

As a child, I had no definite writing ambitions but I was an avid reader. Then, as I matured, it seemed like a natural extension for me to write short stories, a simple matter of scribbling down what my imagination was producing away at the time. 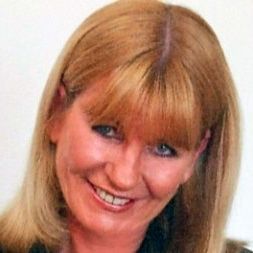 I just put my thoughts on paper. When two of those stories were accepted for publication in two very different anthologies I took the plunge and wrote a much longer story — a book-length story. The result – They Never Gave Up was born.

They Never Gave Up deals with themes of love, loss and friendship – things that most women undoubtedly hold close to their hearts. What made you incorporate these themes into your novel?

Everyone, not just women deal with these delicate and sometimes capricious emotions — emotions if ineffectually handled can cause not only rifts but also downright dissension between family, friends as well as lovers — trust me I know, I’ve been there.

Hence I decided to write a story depicting the lives of two very different women as they love, work and laugh in the midst of stroppy nuns, adorable horses, unruly scuba divers, and the fine-tuning required to adjust from being carefree and single to a somewhat responsible wife and mother, all with hubby’s interfering mother looking on …

I just wrote what I felt the nuances of love, loss and the vagaries true friendship gives rise to when put to the ultimate test.

Cathy and Pauline are both strong female characters and yet they couldn’t be more different from each other.  What is it that made their friendship work so well?

I guess it’s down to the widespread notion that opposites do match and Cathy and Pauline, while very different, are undoubtedly two half’s of a whole — what one lacks the other makes up for — something that cannot be easily explained.

Are your characters (specifically Cathy and Pauline) based on anyone that you know?

The answer to that has got to be a yes, even if in a roundabout way. You see, I didn’t intentionally base the characters on real people but I did base the story on real feelings. Then again, I think most story writers inadvertently create characters from people they already know or at least hope to meet … imagination only goes so far.

You have previously owned an Irish Pub and Restaurant and were also involved in both the equestrian and airline industry. Did you consciously decide to immerse your characters into a world that was and is so familiar to you?

Truthfully, I never planned to do that. It was only when I’d written the first four or five chapters that I sat back and said, crap, this sounds far too much like me,  the upshot,  I nearly scrapped the whole idea thinking it was bordering on the biographical, but I didn’t. Now, I get emails from people asking me which one am I — Cathy or Pauline?  I’ll say no more…

What would you say makes your novel different from any other novel out there?

I like to think of They Never Gave Up as an entertaining fictional beach read with a fair amount of honest-to-goodness true-life substance.

Which authors do you draw your inspiration from? And which of their books would you recommend to our readers?

I admire any writer who sits down in front of a keyboard, writes Chapter One and keeps on going until they type The End.
Mind you, if I was ever to meet Marion Keyes I’m sure I’d feel compelled to curtsy — she’s not the labeled the queen of romantic comedy for nothing. Which of her books do I recommend … hard to say as I enjoyed all of them.

Linda Penhall left her native home in Ireland for the sunnier climes of South Africa in 1997. Upon arrival in Jo’burg, she did something totally out of character―she bought an Irish Pub and Restaurant. Prior to this, she was involved in the equestrian and airline industry, so becoming a restaurateur was a rather strange experience and one that didn’t last―it just wasn’t her. Two years later, she packed up and moved to the Eastern Cape where she now lives in organized chaos as a full time writer, along with her husband and daughter, two spaniel type dogs, a lovable but loopy ginger cat and of course, her well-used laptop.