While Panels are in accord that waiting too long to initiate a complaint makes it difficult to prove bad faith registration they are split on whether laches is a good defense to a cybersquatting claim.

“[T]he question of delay may nevertheless be relevant in that a complainant who delays in initiating UDRP proceedings may have difficulty, from an evidentiary perspective, in establishing the second and third limbs under the Policy. Elvis Presley Enterprises, Inc. v. Simon Higgs, FA1401001540234 (Nat. Arb. Forum March 6, 2014). In Elvis Presley Respondent registered in 1994 but the Panel found in Complainant’s favor because the domain name has been connected to a website and used to display extracts from the bible relating to ‘grace,’ as well as text such as “Elvis Graceland” which implies that it is an official site connected with Elvis Presley and advertisements. These advertisements have related to tours of Graceland in Memphis where Elvis Presley used to live, being offered by third-party enterprises that compete with the Complainant. 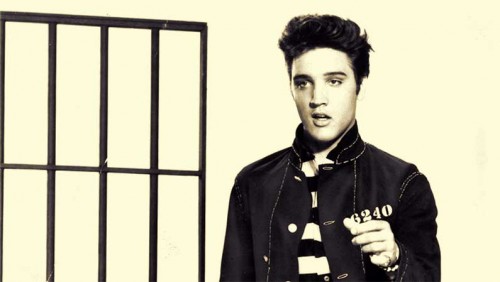 Despite a consensus that a time bar is unavailable panelists early began undermining the inapplicability of laches by introducing consequences for inordinate, unexplained delay. The “no limitations period” is at war with a principle synthesized from UDRP decisions that the longer the delay the more difficult for a complainant to establish its case on the merits. Respondents reach safe harbor in many cases precisely because of the consequences of delay, not only through paragraph 4(c)(i) but in cases in which respondent, even if found to lack any right or legitimate interest in the domain name, is nevertheless absolved of bad faith because proof is lacking of bad faith registration. Panelists argued that it gave rise to some doubt whether Complainant believed Respondent had been guilty of bad faith in registering and using the domain name.

In cases in which Panels applied a laches-like doctrine the domain names were composed of dictionary words such as “economist”-The Economist Newspaper Limited v. TE Internet Services, D2007-1652 (WIPO February 5, 2008) ( , eleven years, complaint denied). A break-through came in 2010 in New York Times Company v. Name Administration Inc. (BVI), FA1009001349045 (Nat. Arb. Forum November 17, 2010) for the phrase “dealbook” in which the Panel held that “[w]here such a Complainant fails to police its claimed mark and does nothing for a substantial time while a Respondent develops an identical domain name for its own legitimate purposes, laches should bar that Complainant from turning a Respondent’s detrimental reliance to its own unjust benefit.” Thus, “[p]rior decisions rejecting the applicability of the doctrine due to the failure of its express recognition in the UDRP Policies appear to be an unsound basis for ignoring the potential defense.”

The Panel explained that:
In a case where the domain name unequivocally indicated the complainant, such as , the link would be obvious and by purchasing the domain name even as part of a large portfolio the respondent must have intended to target the complainant. However, if the domain name was any business using the name “Brown” would be unlikely to bring a complaint as it would be unclear which “Brown” amongst the many uses of the common surname Brown was meant. There are other businesses out there using the “Ritchey” name and many people called “Ritchey” who might be interested in purchasing if they started a business.

Although the Panel declined to apply the doctrine for this reason it nevertheless agreed that “delay can affect the outcome of cases if it makes it harder to determine on the evidence the intentions of a party some time ago.” It depends on the Panel whether there is defense to cybersquatting claim.