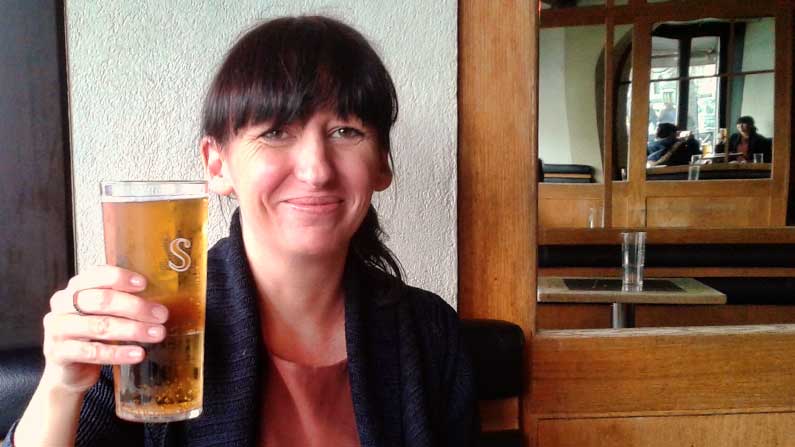 The Patriots compound was referred to as “Fort Belichick.” Because he is so secretive, all I could think of was making Fort Belichick ‘Castle Belichick.’

Many complain about his secret nature, but they don’t realize, in New England, especially rural New England, there’s nothing strange about a man like Bill Belichick.

Men who use few words, but enough to do what is needed. Picture a man cut out of granite-like The Old Man in the Mountain in New Hampshire or the stern face on New England Patriots helmets.

This essay is dedicated to my good friend, Jillian Rossi, who grew up in next door Mansfield, Massachusetts, and my friend Nancy Maia Howes, who lives in another neighboring town, Wrentham, Massachusetts.

If you’ve read Bram Stoker’s Dracula, you know Jonathan Harker is supposed to be going to Transylvania. Instead, Harker’s descendant, Joanna Harker is a BBC journalist who swears, (didn’t her Mama teach that boy not to swear), and she will get Coach Belichick to talk to her.

When her incredulous colleagues ask her, how she is going to do this, where others have failed, she smiles and says, “Watch me, ladies, and lads.”

When she left the Fleet Street pub, one muttered, “I hope she gets taken down, over there.”

She boarded the British Airways flight to Boston, as though she owned the world. She sprung for first class and drank one cocktail slowly. Don’t want to be drunk at customs.

Well customs thought if not drunk, Joanna was silly. She was dressed to kill, which caught the eye of the male agents of U.S. Customs, but to her chagrin, it wasn’t the cute guy who caught her eye interviewing her, but a hard woman with a thick Boston accent.

Joanna had her passport and BBC Press Card ready. “What’s your purpose in visiting the United States?

Joanna’s confidence propelled her answer. “I am here to interview Coach Belichick!” She said this so all around could hear.

Anyone who knew American Football tried not to laugh too loudly, even as the men stared at Joanna’s clothes and figure.

She was cleared to enter the United States, but the Customs Agents shook their heads.

She got out to her rental car, and looked at the map she was given. “A half hour? Not bad.”

She didn’t drive much at home. She had a license, but avoided having a car in London.

These bloody fools are mad! She cried out as cars darted around her, even with the double line in the Ted Williams tunnel.

The traffic floored her to the point, where when she got on Route 128, heading to Route 95, she got into the breakdown lane, slowed down and stopped to catch her breath.

Her bright blue eyes, widened with horror as she saw the car behind her slam on the brakes behind her and barely miss the rear bumper.

Joanna may have been jet lagged, but certainly not removed from reality. If she was tired before, she wasn’t now. Oh, I had that terrible coffee in the airport, and this lunatic behind me almost made me wet my pants.

Joanna opened the driver’s door and shot out at the tank of an automobile, that nearly hit her. These Americans and their huge vehicles!!

The woman behind her also shot out of her car, defined Irish features turning red quickly.

“Madame, this is the side of the road. I am allowed to be stopped here.”

“I hear by your accent, you are not from here.”

“A clever observation for such a cow, but why were you speeding behind me?”

“Lady, before I deck you, I’ll explain. This is the breakdown lane, but here, it ain’t for breakdowns. For us, it’s an extra driving lane.”

“Are you mad?” Then Joanna watched with horror as an entire line of cars slammed on brakes behind them.

The WBZ traffic chopper was above reporting. “We have a major backup on 128 West in the breakdown lane near Route 24, with the other lanes slowing down to watch. There doesn’t seem to be a breakdown, just people arguing.

A frightened Joanna was cold and from more than the cold late February air. She needed a bathroom and a better cup of coffee. She got back in the car with dozens of angry Boston area denizens, screaming, “Move it along, lady!”

She got off the highway in a town called Randolph and found that morning breakfast place of choice for people on the run, Dunkin Donuts.

“May I use your bathroom,” Joanna asked.

“I will, you fool, I need coffee, but unless you want me to do my business on your floor, you shall let me pass.”

“Oh lady, I just mop floor,” he cried wringing his hands as he showed her the rest room.

What a rude, unpleasant man, she thought as she used the bathroom. The bathroom wall was covered in graffiti, some vulgar, some racist. “What is wrong with people here?”

She came out and ordered her doughnuts and coffee. “Don’t get English people here,” the owner blurted out.

Before Joanna could answer, the man next to her muttered in the traces of an Irish brogue, “What’s a bloody Brit doing here?” He was big, cracked red face, white hair bulging blue eyes, and cracked hard hands from manual labor. When she got outside, she saw the rear bumper of his ancient Oldsmobile, with the bumper stickers 26+6=32 and Free Bobby Sands. I’m in a bloody time warp, she thought, and I don’t feel welcome.

She got in the car, opened her coffee and ate her doughnuts as she returned to the highway and to Route 95, going to Foxborough.

She got off the highway and saw the stadium and the haunted looking castle next to it. Her feet were cold; she wasn’t dressed for the cold of Eastern Massachusetts. She was about to get a chill on the inside, that no amounts of coffee would warm up.

She stopped to ask for directions. One woman made the sign of the cross. Another woman told her she was stupid and to get back on Route 95 and return to wherever she came from.

No one will stop me in my quest, she muttered. She drove right up to the castle, a little away from the stadium.

I don’t believe this is bloody happening. 2015 and I am visiting a castle. She found the giant knocker and knocked. The knock sounded like thunder. When the door was finally answered, Joanna looked up at what she thought was the biggest man she had ever seen. They don’t grow them like that in Brixton, she muttered.

Three hundred plus pound Defensive Tackle Vince Wilfork looked down at small slender Joanna Harker and asked softly, “Ma’am how may I help you?”

I am here to interview you, other members of the New England Patriots and Count, I mean Coach Belichick.”

Vince Wilfork was polite, trying not to chuckle. “This is Castle Belichick. What makes you think he will speak with you? If you leave me a card, I will show it to the coach.”

Before poor Vince could shut the door, Joanna stuck her leg in expensive stockings in the door and barged her way in.

Vince Wilfork was taken aback. She has guts, he thought quietly. At that point, Tom Brady walked by with his wife, Gisele. She called out “Tom, are your balls still deflated?”

Gisele’s eyes narrowed and she bared her teeth. Before Joanna could be attacked like her ancestor, a cold voice spoke out. “Enough. Who is she and why is she here? You know we don’t tolerate guests at Castle Belichick.”

Joanna wasted no time. She held an expensively gloved hand out to him. “Coach, I am Joanna Harker, of the BBC. Please give me a moment to show you my press credentials.”

Belichick did not take her hand. “I’ve read Bram Stoker too, Ms. Harker. You know I don’t speak to the press, and this is my castle. You could have saved yourself the trip. How much do you know about American Football anyway?  You look as though you are more suited for the tabloids Ms. Harker. I certainly don’t speak with them. Oh, and I’m Croatian, not Romanian. Therefore, I am hardly Count Dracula, but again this is my castle. If you do not leave soon, I shall leave you to Gisele.”

I’m going to have a little fun now, with you, my readers. Does Ms. Harker get to interview the coach, and if so, what does she ask and does he answer him?