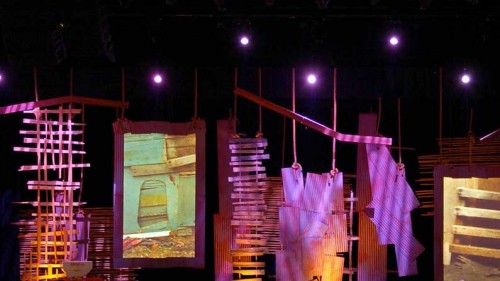 ELEMENTS OF SCENE DESIGN
Goal: As part of this structure, scenes must have a goal that should be satisfied or, at a minimum, show progress toward the goal before the scene ends.  This goal must be designed to advance the story toward the ultimate aim of solving the plot problem In short stories, the scene goal is often the same as the plot problem.

Time and Place: The structure of the scene restricts it to a specific time and place with a defined set of characters.  Thus, if the scene is set in Manhattan during the morning rush hour, a different scene will be necessary to show action taking place in Baltimore late at night.  A different scene may also be necessary to show the characters in Manhattan’s evening rush hour.  The point here is to emphasize that scenes have geographical and temporal boundaries.  Scenes cannot be endless.

Conflict: A scene must contain conflict of some sort.  It doesn’t have to be a ferocious fistfight.  It can be inner turmoil, but the physical or emotional conflict must be real to the characters.  This conflict produces tension and that maintains the reader’s interest.

Emotional Arc: Another requirement for a scene is that it must include an emotional change in the scene’s POV character.  If the character’s emotion is positive at the beginning of the scene, it can move to more positive or less positive by the scene’s end.  It could also turn negative.  The larger the change the better.  As an example, Character A feels good at the start of the scene.  Everything is going his way and he is confident that he will solve the scene problem.  By the end of the scene, he must be in a funk because an unexpected obstacle arose and derailed his scheme to fix things.  Similarly, if the character’s love life is grand at the scene opening, it should be on the rocks at the end of the scene.  If the couple starts out fighting or arguing, they should be smooching by the end of the scene, or at least be less hostile toward each other.

OTHER SCENE DESIGN CONSIDERATIONS
Cause and Effect:  Scenes are made up of snippets of action.  These snippets have a stimulus that demands a response.  If something happens in the scene — a stimulus — then a character has to respond to it.  If the character doesn’t respond, the reader will recognize that something is wrong.  Similarly, a character can’t react to an unspecified stimulus.  An example of this problem is a character who grins, smirks, laughs, curses etc. without a reason being given for the reaction.  If these disconnects happen repeatedly, the reader will put the story down and cut the lawn.  Another requirement is that the cause and effect occur in the proper order; stimulus first followed by the reaction. 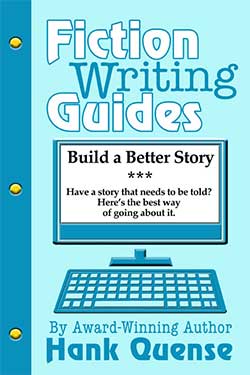 Scene Dependency:  A scene isn’t an isolated piece of the action.  It must proceed from the previous scene and lead to the following scene within the same plot or subplot.  This doesn’t necessarily mean that scene 15 must follow the action in scene 14 and lead to scene 16 if scene 15 is part of a subplot.  In this case, scene 15 may follow scene 8 and lead to scene 21.  This dependency implies that it may be wise to write some scenes out of sequence, especially with subplots.  Similarly, a character’s emotional arc in a new scene picks up where the emotional arc ended in the character’s previous scene.

Sensory Information:  Sight is always included in the scene (the characters are using that sense to describe the action).  Other senses should also be included.  Hearing, smell, feel and touch all have a place in the scene.  It isn’t necessary to overwhelm the reader with information about every sense, but try to use one sense other than sight.  Examples are a character smelling wood smoke or exhaust fumes from traffic; hearing a lawnmower or birdsong; feeling sweat run down her neck or touching rough skin during a handshake.

CONCLUSION
The author must provide answers to six questions in each scene: