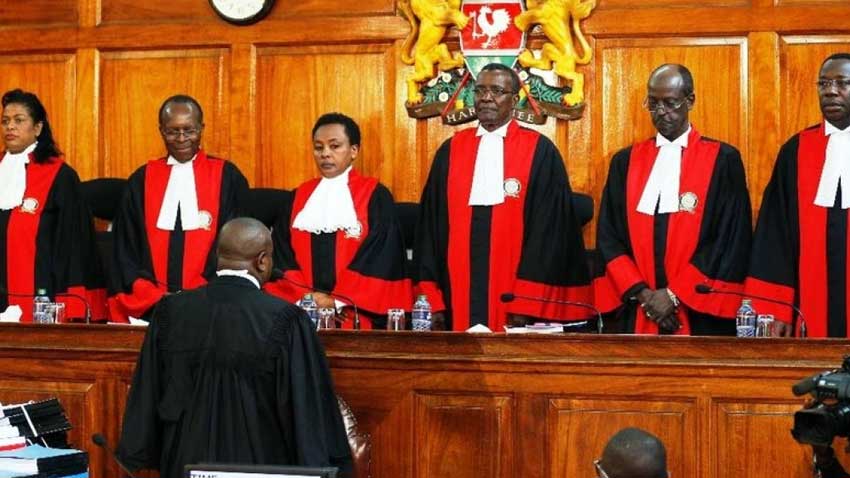 The court is in Session

A friend invited me once to attend a court session. He was trying to reassure me that there was nothing to be afraid about of our judicial system. I had nothing to do that day and did not feel like the computer, so I walked over from my office to the court, which was some walking distance.

It was packed already. A young man was in the dock for killing his mum. His eyes were haunted and strained. You could tell he was under a great strain. His wife and members of his family were sitting huddled together, and everyone stared at the judge.

One lady sat quietly. She was not agitated, nor was she crying. She was dressed simply and elegantly, almost like the judge herself. She had gray hair, and you could tell she was most likely to be in her sixties. I was intrigued by her self-restraint.

I’d seen a couple of white garment prophets outside the church assuring the relatives that they had nothing to worry about. So I asked my friend why the boy or actually the young man was being charged with killing his mother. He whispered back that he had deliberately driven his mother over the edge of a cliff with the car because he had accused her of witchcraft.

Hmm, who fingered her as a witch?’ I asked my friend amused.
He indicated the white garment prophets outside the court premises.

I groaned and craned my neck to get a better view of the court. I noticed a few of my journalist friends were intrigued by the story and had come to watch the proceedings. I wondered what the elegant lady was doing, so I murmured an excuse to my friend and went over to sit beside her.

She gave me a cursory glance, and I had a vision of a very beautiful, graceful old lady. She sat still, calmly watching.
I tried to start a quiet conversation.
You know the young man being charged,” I enquired?
‘I think so, just before he was born actually,’ she said with a smile at me.
‘I see. You must be feeling bad about this then,’ I said.

She turned and gave me a casual glance from clear brown eyes, then, with a slight, graceful nod of her head, indicated the young man at the dock.
‘His relatives have been praying and asking that the Almighty come to their aid, but I wonder if He is listening.’
I shrugged, ‘I am sorry, but I….’
‘Not into religion, I know that,’ she finished for me with a slight smile.
‘Have you ever wondered though why God has never seen fit to kill the Devil? I mean, that would save a lot of miseries—the misery of religion and the bottomless stupidity we inflict on ourselves.

We were silent as the judge walked in and started reading her judgment. She listened impassively.

The judge had declared the case a non-issue ordering a re-trial for manslaughter.
The court erupted into loud jubilation. My old lady stood up. She was not smiling or upset, just calm.
I commented that at least she would be relieved to know it had come out well for the young man. She simply inclined her head. I was now really interested in talking to her further, so I asked if I might call on her sometime. She became really amused at my request.
‘That could be a problem as I have just retired from active duty and I am kind of resting now. So just pay the occasional visit, you know.

I remarked that she seemed to know me, and so had the advantage.
She said she had often watched my programmes and thought I was doing okay. I pressed for her name, and she smiled and gave me her hand.
‘I used to be called justice, Anike Williams, ’ she said and then smiling left.

I went over to my friend and started telling him about the old lady; he listened as we walked out the court but almost crashed the car at the fence when I mentioned the name of the lady I had been talking to.
‘You could have killed us,’ I complained.

He stared at me.
‘Are you sure of the name of the lady you talked to?’ he asked me.
‘Yes, of course, I just told you.’ I snapped, checking to see if I had any injuries. I went cold, however, with his following comment.
‘Justice Anike Williams is the mother of the young man just acquitted, and she died in that accident two years ago. I attended the funeral. Who exactly have you been talking to?’