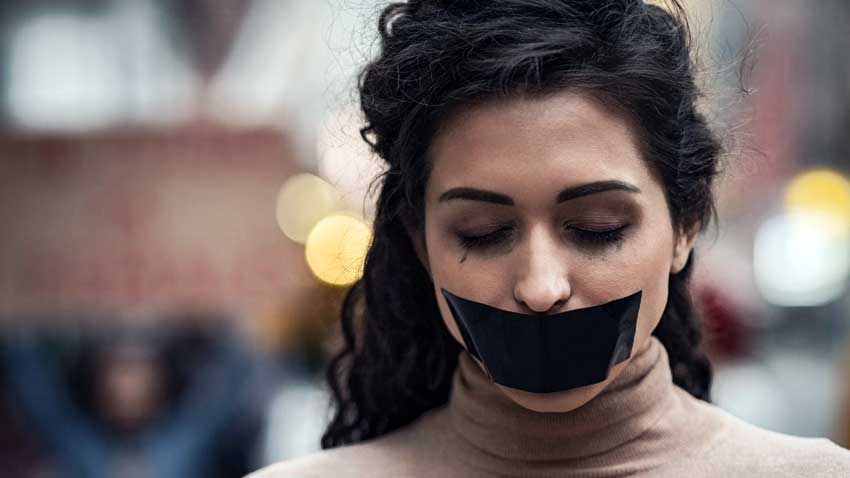 A decade ago, I visited Ireland. As a cab driver took me to the airport, I asked him if he had ever visited America. His reply shocked me, “America? Why would I want to go to such a dangerous and violent country?

America is a violent society that grows more violent by the day. Here, I focus on workplace violence that’s on the rise. From the Bureau of Labor Statistics in January 2013, I learned that workplace homicides were up 50% over last year. Nearly 2,000 employees are targeted and killed while on the job in America every year. Shootings, 79% of those who died, were the most frequent manner of death in both homicides and suicides. Of the total incidences where harm was intended in a workplace, in 2011, 4,692 were harmed.

But, that’s not the whole story.
OSHA reports nearly 2,000,000 American workers to report having been victims of workplace violence each year.
It says many more cases go unreported.

Here are the Faces of Violence:

If you are hunkering down into, “Can’t and Won’t Ever Happen Here,” know that the Transportation Industry has the second-highest incidences of homicides of all industries, a spitting close second only to, no surprise, Food and Beverage Stores.

Still skeptical?
Workplace violence is currently the second leading cause of fatal occupational injury in America, at 18%.

Consider also that America has the most guns with 88.8 guns per 100 people. Obviously, many Americans have more than one gun. How many people do you know who have dozens of guns? I know two.

What country is second? Yemen.
Third? Switzerland, but there’s a reason.
The Swiss Government demands its citizens to be armed because it has no armed forces of its own.

Are most of your employees men? Most workplace violence is committed by men who know what they are doing and why they are doing it. Often, men will commit suicide after they kill.

Violence doesn’t just happen in bars, brothels, or banks. The term “going Postal” got coined from violence happening in an unexpected place.
No workplace is immune.

Avoid thinking that most workplace violence happens because an individual has “snapped,” going violent spontaneously without provocation. Commonly, violence heats up from logs of anger building a red-hot fire over time. That’s one reason many violent offenders show no regret or remorse and easily justify their payback revenge, provided they don’t commit suicide afterward or within 48 hours. Most workplace violence stems from a strong belief in being wronged.

Dare You Ask Yourself These Two Questions?:

Hundreds of employers every year are faced with workplace violence who have never had to deal with it before.

Private life problems of both men and women can and do contribute to eruptions of violence in the workplace.
Relationship problems are the number one cause of workplace violence.
Consider well-liked supervisors, bosses and owners aren’t targets.

Consider this other aspect, while the target could be your employee, someone who does not work for you could enter your workplace to do an employee harm.

The awarer you keep yourself of the causes of workplace violence, the better you will handle yourself before, during, and after an incident.
Again and again, the employee who commits violence in the workplace feels unjustly treated and the majority of the time their belief has teeth.

Nearly all workplace killers were neither liked nor respected by their bosses or coworkers. Most often, the teased, taunted, bullied, and abused inflict murderous revenge in the workplace.

Some Causes of Violent Revenge from the Perpetrator’s Viewpoint:

Here are some Homicide Red Flags:

The Occupational Safety and Health Administration has guidelines requiring employers to provide a safe work environment for their employees and these guidelines are best met with a clear, communicated well-written, and implemented Zero Tolerance Violence Policy:

Ideas for After Violence Action:

The main claim in lawsuits is the company could have done more to secure its premises to protect its employees and others harmed on its premises. Thirty-six states in the United States allow lawsuits against employers for Negligent Hiring. If an American company, is your state in the 36?

Wondering about the cost? After violence direct costs can include hikes in insurance premiums, lawyer fees if lawsuits are brought, and repairing damage to physical property. You must also address your company’s customer and public image, employee morale, and productivity.

The estimate from the U.S. Department of Justice, Bureau of Justice Statistics, is that American workplace violence costs approximately $36 billion per year.
How do you get your arms around that as a single employer?

A workplace homicide can cost an employer in excess of $800,000 in legal fees and settlements.