Once upon a time, there was a man whom everyone called ‘the fool’.

Villagers from far and wide spoke of this man and their encounters with him and felt him even more foolish as he wandered aimlessly from one village to the next. 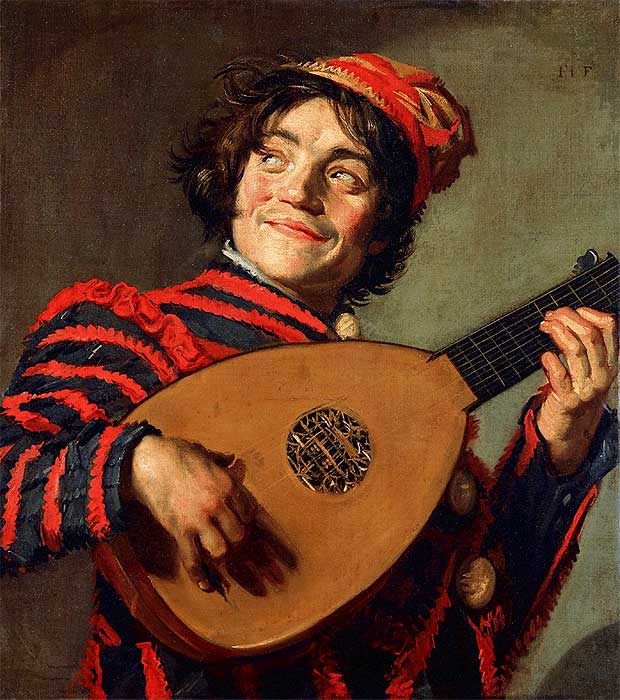 He was known to arrive in a new village with a dance in his step and a tune on his tongue, in search of a vacant piece of land to build his new home on.

He was not interested in purchasing a building someone had previously lived in but rather chose to create his home according to his perfect design.

Once the specific piece of sought-after land was located and he had marveled at all it had to offer him, the fool began to build himself a home.

Word spread of the fool and upon comparing stories, the villagers from far and wide thought him to be an even greater fool than they had before.

Whether the northerners or the southerners spoke, they all described the identical home he built and rebuilt. The same garden he planted and the familiar path he paved from the street to his front door.

They laughed at the fool when they reminisced about the same smells of aromatic cooking that filled the air. They could not believe how foolish he was and all laughed at his home, which was always incomplete.

You see, the fool’s home was elaborate and ostentatious, yet one thing was always amiss. With all the majesty of the fool’s house, he had forgotten to put a front door up and it constantly stood wide open for any uninvited character to enter.

“What a fool!” the villagers from far and wide laughed.

The fool was undoubtedly proud of his home, even though it was incomplete and he sure seemed proud of the furnishings and decor he spent many hours making.

His garden blossomed and fresh herbs grew in the windows. The collaboration of aroma from his cooking and the sweet sounds of his tune filled the air.

“Cinnamon?” the villagers asked each other. They had never been able to identify the smell that lingered from his home.

“Folk song?” they wondered, for they had never heard such a melodic tune either.

“I ate of the food the fool cooked,” announced one villager, “and found the spices too rich for my palette. Yet he refused to change the recipe to suit my tastes and I swore never to eat from his plate again.”

“I was not drawn to his song,” said another villager, “and requested he select a more familiar tune to sing. Yet, he refused and I swore never to keep his company again.”

“His doorless home beckoned me in,” whispered a villager, “and I entered it unannounced. He was nowhere in sight and I stole from his home.”

“Was he not concerned for the wellbeing of his possessions?” asked another.

“Should he not have secured his home after he had lost his valuables?” questioned another.

The villagers were bemused at the naive foolishness of the man and wished him good riddance when he refused to change his ways to please them.

“I trampled his beautiful garden,” laughed one villager proudly, “in the hope of seeing him saddened or frustrated just once.” The villagers had many hardships and felt bitterness and disappointment about many things.

“What gives him the right to pass through this life unscathed by hurt and pain?” questioned a bitter villager.

Villagers from far and wide could not relate to his blissful disposition and thought him to be deceitful.

“His happiness was a plot to lure us into his web of ill repute,” one villager said.

“His elaborate home, that did not belong in our simple village, was a cunning trick to coax us into his world of madness,” a very wary villager said.

“He thought we would allow him to settle in our villages,” laughed another.

For his uniqueness and his misunderstood contentment, the fool was slowly driven out from the villages that he called home. The more settled and content he appeared and the friendlier and openly inviting he was to his neighbours, the fewer villagers trusted the enigma.

The villagers all had the same story to tell about the departure of the fool from their village. They heard the melodic tune grow more distant as the sun rose and were certain that he had left the village by sunset.

“Never to return,” grinned a villager.

“What a fool,” they all laughed.

Days after the fool had departed, the doorless house stood wide open with the familiar scent lingering in the air. Yet none of the villagers from the north or the south entered the vacant home.

“He left without consideration for any of us,” groaned a villager.

“After a while, the stench of rotting food, withering flowers and spoiled cooking polluted our village,” another said angrily.

“We knew he had arrived in our village with ill intentions,” shouted another.

As the fool arrived in yet another village, his untarnished disposition and unwavering tune filled the air. He searched for his vacant plot of land and built his identical home without a door. He filled the air with the same aroma that many had not appreciated and sang the same melody that had been rejected. His flowers blossomed despite being previously trampled and he invited villagers into his home despite being robbed, mocked and unwelcomingly treated.

“You are a fool,” one villager told the man.

She had heard a lot about this fool and longed for his arrival in her village. She had wondered whether his cooking was as unique as her own and his song as different.

Finally, her longing was satisfied by his arrival.

She ate of his food and savoured it. She listened to his melody and lost herself in its perfect tune and she danced amongst the blossoming flowers of his garden.

All around her, villagers scorned her for accepting the fool into the village with such welcome arms.

“He will not leave if you continue your frolicking,” warned a villager.

“Why would you want him to leave if his disposition is so refreshing and his food is so comforting?” she asked. “Surely our weary selves are grateful for a welcome and lavish home to eat as guests and sing as neighbours?”

“Who builds a house without a door and skips through the streets with a blissful demeanour, knowing he has been stolen from?” asked a villager, “and builds another house with no door?”

“Only a fool,” shouted a villager.

“Why does he not learn from his foolish ways when his food has been disapproved of and his song has been mocked?” asked another who had changed many of his ways to fit into the comfort of his village.

“Whose flowers are trampled, yet he does not fence them in?” questioned another.

“Only a fool,” chuckled a villager.

“Does he never learn?” questioned another, “and protect himself from the inevitable?”

“Does he not know that he will never be accepted or trusted?” wondered another, “and that he will wander aimlessly forever?”

“Why, do you think, he arrives in yet another village with such a song in his voice and a skip in his step?” asked another, “if he has been driven out of a village only a few hours before.”

“Because he is a fool,” cried the villagers.

One quiet evening, while sitting on the outside steps of the doorless house, and staring at the beautiful blossoms, she breathed in the perfect aroma and listened to his magical tune.

She also wondered about the fool.

She waited for him to bring a bowl of food for her to savour and started to sing her own tune that blended harmoniously with his.

“If you fill the air with such aroma and harmony upon your arrival and your departure, why do you allow such a stench to remain in the memories of the villagers?” she asked.

“I do not leave a stench at all,” he responded.

“I leave a fully furnished home, a healthy cooked meal, fresh vegetation to feed from and abundant wealth hidden throughout the house,” he told her.

“It only takes one person within the village to walk through the doorless house and discover all that I have left behind as my gesture of gratitude for their hospitality.”

“Yet no one ever enters,” she told him, “and that does not make you feel the fool?”

“Certainly not,” he said, “for I am contented.”

“Are you not weary of wandering from village to village after all these years?” she asked him.

“I am contented wandering,” he reassured her, “and will continue to wander until I am unconditionally welcomed into a village.”

“I have no need to tamper with your unusual spice or shy away from your unique tune. I wish to help you tend your garden and will never steal from your doorless home,” she assured the fool.

The fool said nothing, but accepted her gesture with gratitude.

“I only have one request,” she asked.

“Anything,” said the fool.

“I wish to know your real name?”

“And I only have one request of you,” he asked her.

“Anything,” she responded to love.

“Build me a door!” Love asked her, knowing that his wandering was over.

Jodene is a born and bred Jo’burg, single and 30 something girl with the passion for watching people flourish and for eating ice cream. She is a passionate advocate for taking responsibility for your own life, your happiness and most importantly your choices.
“Project Me” began as a daily blog for the year of 2010, but by demand from her readers Jodene has already committed to keeping the blog going indefinitely.
‘Project me’ is her personal journey focused on having fun, being happy and conscious, and manifesting the life she knows she is capable of creating. Yet, she knows that it is only possible by focusing less on living each day looking for the signs and trying to achieve goals.
This fun, truthful and conscious blog deals with her daily issues as common as weight loss, being single, dating and making a career out of being passionate.

Branka Cubrilo Nov 27, 2016 2
When writers find themselves in the unpleasant grip of writer’s block, the best thing is to keep on writing without…
Science