He did not want to go home. He stared at the table in front of him as the shadows gathered, the hustle of the city slowing down as the night hawkers set up. He sat there as the sounds around him changed in tones and volumes.

Why bother to go home he asked himself, should he maybe go to the police?, and tell them what? He shuddered and slouched deeper into his chair. At least he should make some attempt to put on the light. He could always go see the pastor, he told himself, or well one of these miracle churches where they would promise him release… from? his wife?

No pastor it is not about divorce. She is giving me everything I ask for. Good food every time I ask for it . Right figure, you know the type of figure that seemed to have- no don’t even think about it.

His skin crawled and he knew he was afraid. Should he tell his mum? ‘I told you she was the wrong color, didn’t I?’ , his mother would scream at him and then suggest they go ask the ancient one, or she would suggest a village wife as antidote.

What would he tell the police? They had seen worse maybe. So his story wouldn’t be anything new— except maybe raise a laugh. 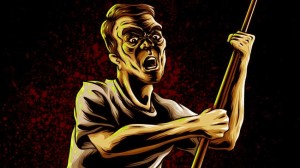 Was he really frightened? He really didn’t believe that, did he? But then, did he dare to say it to her. He also felt jealous. She had described the affair so well that he was not so sure he should not actually head for the divorce courts. He should give Ade a call. He imagined Ade’s smile and he cringed, for he also remembered that his friend had been skeptical when he had come in excited that he was going to marry Kike.

He tried to remember that party Kike told him about. She had acted like a normal lady. You know quiet, respectable, married lady. As always, she had not said much either, just kept to her corner and stayed close to him. What was the conversation at that party? Not much-er, okay, yes, he remembered. Jide had come over. Did he notice anything in the handshake he gave his wife? Jide, bland Jide, who they all teased because he never seemed interested in women. He looked and acted as if he was happily married.
How was I to know the man was a raging lover or, at least, her dream lover? I’m going crazy. But what the hell was the man doing in the dreams of his my wife?

That is right, he mocked himself. Was he to report to the police that his wife was having an affair with a man in her dreams?

He was not going to give the same reason to Ade, that he wanted to divorce his wife because she had a lover in her dreams and had been dumb enough to tell him.

He shifted in the chair, knowing he was afraid to admit to what had frightened him was not the explicit love making she had described but what had happened. It was not the dream lover but his wife. He was afraid to go home because his wife. He searched in the drawer for the bottle of whisky and took a shot. He did not feel better. I mean if I am going to die I had better do it as a man. Had she marked him too? He heard that such people do not like eating bitter meat and he shuddered. Go home to your loving wife he told himself and the phone rang with the special ringtone he had allocated to his wife. He jerked as if he had been stung and stared at the phone not answering.

He had stared at her as she asked that question, her eyes wide and worried, tears filling them as she gave the final sequel to the story. He could not ask her if she had enjoyed the lovemaking in the dream, or if Jide was better than him. He swore at himself in self pity.

I warned him not to bother me again because next time I wouldn’t just hit him with a stick I would come with a knife and stick it up and kill him,’ were her final words and he remembered how he had backed away. The phone call to Jide, how his throat went dry when it was picked up by a stranger who said Jide was found dead on his bed with blood on his lips. He came to work in a daze.

The phone rang again, it was his wife calling and the janitor knocked on the door as he crashed to the floor.