An essential being to my book Panoptemitry is my great powerful alien Caytal.

If you want to understand the kind of power I’m talking about here, the best example I can give here is to point out how one of the major organizations in my writing has risen as a religion around him to form what they call the Caytalan Church. 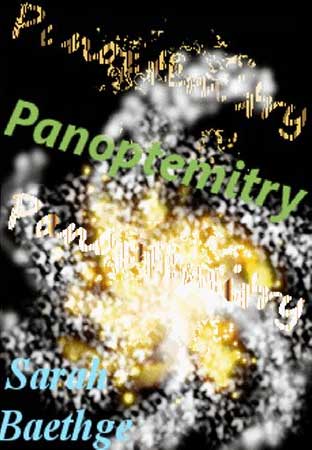 Now, although his priests and ministers of this organization may sometimes try to claim he is a god, I took care to try and make sure that Caytal never tried to claim this title for himself. I just had fun with this character and let him get annoyed or angry as his followers used his name to try promoting what they wanted themselves. He even goes far as to try claiming he is a demon to eliminate unwanted religious responsibilities.

At several times when his actions were something less than you might expect from an actual deity, I let him react to situations as I probably would upon finding myself saddled with his combination of great powers and limitations.

And if any of you writers want to try leading a character with god-like abilities, let me warn you; it’s hard to strike the right balance between having the power to do anything and not having every scene left with a foregone conclusion. My primary way of doing this was to write where I left Caytal as a very cynical being. Although he could quickly improve the lot for most of my cast, He was often unable to see the use.

Because of how much the events I intended to write changed as I typed the story, Caytal, himself wasn’t even in my original plan. As he was a fun character to act out the story through (even the guy from Cornerstones who prepared my editing report got a kick out of him), it was a true enjoyment to pull him out of my imagination.

Also, at times it feels more ‘real’ to remember that, if need be, you have an explanation for falling back and relying on un-explainable fantasy powers…

Lives in central Texas on a donkey ranch and loves all fantasy/Sci-fi.