A New Dawn is the first volume of the Guardian’s Chronicles and sets the pace for a gripping epic that will keep you in suspense right until the end. 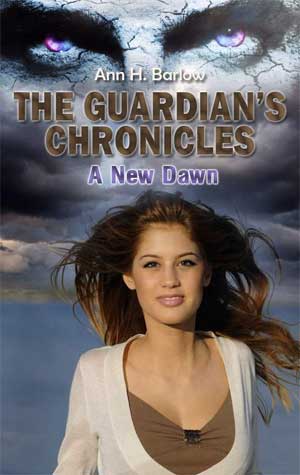 Sahara’s story starts in a small village in England and that plays out on three separate continents. It is a story about people who are linked by an extraordinary event that is about to take place.

The first volume of The Guardian’s Chronicles – A New Dawn

, reveals centuries of betrayal and deceit that lead up to an epic struggle that cannot be avoided. As it draws ever closer Sahara’s benefactor Romero a Guardian, reveals why she has been singled out.

Terrible sacrifices have been made throughout the generations because of the power Sahara now holds; and now there is no turning back, to do that would mean betraying those who had gone before her.

How can you fail to doubt yourself when over the course of just a few months you go from a battered woman feeling helpless and alone to having the whole world’s fate resting on your shoulders?

Ann Henrietta Barlow was born in Dumfries, Scotland and moved to England at the age of 14 and currently lives between Norway and Dubai with her husband Guy.

After working for several years as an accountant and then as an independent consultant for computer accounting packages, Ann changed course and worked as a Marketing and Communications Executive based in the Finance Sector.

Her love of reading and movies encouraged Ann to start writing at an early age but after starting a family and with a busy career writing was put on the back burner. The character Sahara Driver was first conceived while Ann was living full time in Dubai and the concept for The Guardian’s Chronicles took root a short time later. Once the idea was in place she wrote the first draft for A New Dawn in under 3 months and after a break of almost a year because of family commitments she completed A World Without Faith in around the same time period.

The complete series is scheduled to be complete by March 2013.

Ann has traveled extensively and become familiar with many different cultures and the book takes place in a several countries in four continents.