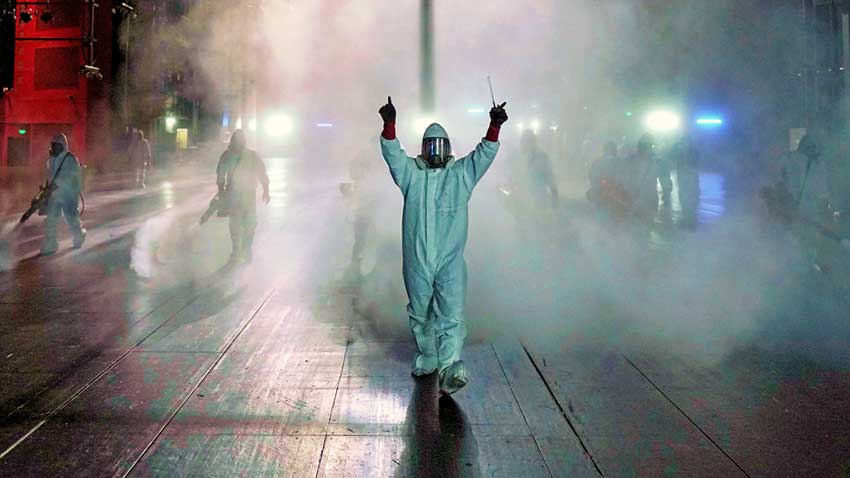 Imagine a man named Johnnie, way back in the day, young or old, and he has flu-like symptoms.

First thing first, Johnnie would go to the doctor and get prescribed a prescription of antibiotics.  If our subject of interest had gone to a pharmacist, he would be told to buy over-the-counter medicine. One year later and Johnnie, once again, gets slammed with the flu. “This is a bigger strain,” medical science would moan. So, the Big Johnnie goes to the pharmacist, peruses the shelves, and a conversation would ensue with a white coat behind the counter.

And this is how it would go: “How about aspirin?” he would ask.

In essence, Big Johnnie has a drug-resistant superbug. As a matter of fact, according to the Center for Disease Control (CDC) on antibiotic resistance: “Each year in the U.S., at least 2.8 million people are infected with antibiotic-resistant bacteria or fungi, and more than 35,000 people die as a result.”

Just look at any old medical journals or periodicals, and one will find endless studies and warnings for years about antibiotic-resistant superbugs. Heck, novelist Michael Crichton wrote a book on it and called it The Andromeda Strain, and it became a movie in 1971, The Andromeda Strain.

warned that everyone, including plants & animals, had a killer gene that would kill us once activated. Be it a peanut allergy or cancer-related. Everywhere I look, there is an explanation on Covid-19, but others are outspoken and call it a Hoax Disease.

Surprisingly, no one remembers SARS and Mad-Cow Disease, and I find that very ominous. In March or April of 2020, in a daily walk, I came across a group of protesters at Queen’s Park (Toronto), and this is how the conversation went:

“Who the hell are you?” I asked one of them.

“An anti-lockdown protest came an answer.

At that time, I had no clue that up to 240 to 300 people would gather every Saturday to protest the Ontario Lockdown not only at Queen’s Park but at Dundas Square too. Ontario Premier Doug Ford would label them ‘yahoo nation, or covid idiots.’ This anti-lockdown protest has spread across Canada, of course, the United States, EU, and spawned a newspaper named Druthers. If they are paid protesters, I would not understand their motives (The strange tale of the paid protesters supporting Meng Wanzhou at her extradition hearing).

All I know is that a vaccine rollout is happening in the winter months, and we could see the results by the summer. According to the Pfizer website, it must be stored at -70°C±10°C for up to 10 days unopened because it has a chance of getting spoiled. I understand the health authorities target the old and the frail in long-term care facilities (LTC’s) for priority vaccination (Vaccination Tracker).

There are approximately 2000 long-term care (LTC) homes in Ontario. Let’s say one hundred people reside in each home, and that would lead to an estimated 200,000 vaccinations in Ontario LTCs by mid-February 2021. What if Covid-19 was a drug-resistant superbug? Could a potential vaccine kill or cure a drug-resistant superbug? If not, we could have 200,000 dead in Ontario LTCs by August 2021. Remember, in the past, the Spanish–American War was a reality, and out of it gave rise to the Spanish flu.

Zap to 2018 and the United States is embroiled in an American First trade War with China and, once again, an epidemic dubbed Covid-19 was blamed on a lab in Wuhan, China. So, what if our latest scourge is a drug-resistant superbug? Do we also blame Dr. Victor Frankenstein for his monster, or do we save our venom for the medical community that created it?

I think our Covid-19 was there all along. Let’s go further if they intend to vaccinate elementary schools, high schools, or other educational institutions? If that man christened Johnnie were to die, would society blame a drug-resistant superbug, a vaccination, or Covid-19?

So, if 200,000 people were to die in Ontario by the summer of 2021, the bodies would be prepared for cremation or burial (Our Funeral Home is Overwhelmed With Bodies), the blood would go down the drain, into the sewer, and right into our drinking water.

The corporate media wants this issue to go away (CBS News), and this act of free speech would be decried as seditious—I can’t help it I have grown to scribble not only conspiracy theories but a guilty pleasure.