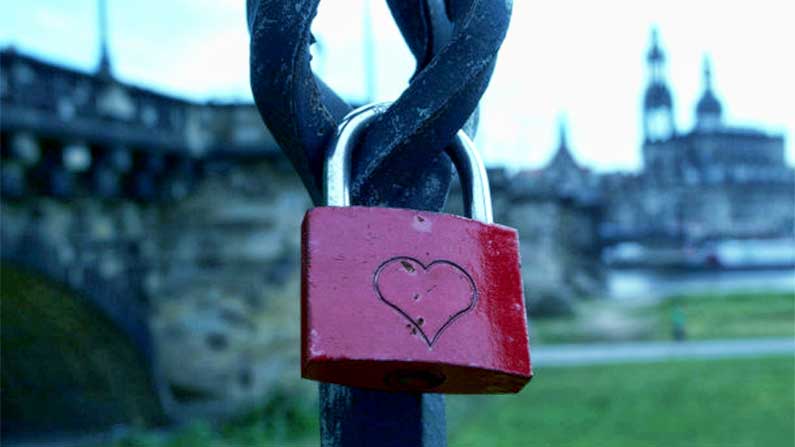 There is a place where all of my thoughts escape—confined to an unplanned and unexpected car ride, set in motion and frozen to stillness on a long, long drive.

Thoughts are drawn together until they make no sense at all. They rush out from behind my eyes. They collide with the hot air, and all the sorrow, all of the fear and the absurdity, and all of the gentle sweetness, until all of the things that have been in me suddenly twine together and are forced out and into the light.

They delight in the freedom from confines as for a moment they linger in front of dancing eyes.

They tantalize me with haunting echoes; they hang so low, and so close I can almost touch them.

They mingle for a while with the air that streams into everything, sighing quietly as they begin their leaving.

They blow through the hot daylight, and they are as unruly as my wind-tossed hair; the sweet slow pain streams and twines and stretches and curls and wraps around everything, like determining fingertips. Tugging every part of me relentlessly, gliding gentle and quiet in their passing.

And my thoughts moved in that final zero-moment with velvet and physical, tactile thickened grace, like warm water sent cascading over my nodding head, as sleep would come to find me. All my thoughts would gather in that sweet hot place, and then they would rush headlong out through the open window and away from me.

Oh, yes, there’s that place. Somewhere that’s far between here and there, way-way out there. And, somewhere out there, I felt myself fall entirely apart and come together again, although relatively newly made. I did the collapse and rebuilding of Cynthia imperceptibly. Right next to the heartbreakingly beautiful young boy with the sweet and fierce heart, who rode along next to me. There I was in those moments. And, in the next breath, I was remade. So it happened time and time again.

I would be the boxer and the laughing dancing bear, with all my clutter mess and court jester noise. And then my head would nod as my thoughts gathered themselves into a whippy frothy hot ball to rush away to dance in the wind along with my hair.

When I’d wake, my lids would open to reveal the familiar velvet green depths, which became the only place where the momentous changes could be seen. Those eyes no longer danced but instead would stare back directly and steadily and profoundly. They no longer flinched. From one closing to the next opening, I’d find through my stare that I’d been made different again.

Thoughts escape and quiet reigns, and a brand new being in me would begin. There is that place, even for people like me, people who’ve never felt that honey thickened quietly. And, for me, it’s somewhere between Southern Mississippi and home. Which is the same as saying it’s somewhere between heartbreak and hope.

Oh yes, something happened to call me out to Southern Mississippi, and I’ll write in more detail about that. But I find that in the reformation of me in this little life that I’m earnestly living, that the ‘it,’ as so often happens in my journey, is far less important than the aftermath. It is never the event that sets my landslides into motion. It’s the wreckage and the rebuilding that follows. It is less of a surprise who put me into action, though.

I find that once again, it became my eldest child who has forced me to bend and break and to find a way to rise again. She has been that gift to me, time and time again. When I don’t make a move, and I’m content to cast a comfortable shade, she’ll implode, and off I find myself going again. Finding, doing, pulling in, and creating with my bare hands from the fragments I can find around me; whatever it will take to bring her back to me. And, when I can’t find it within me, I have learned to drop to my knees and beg God to give her back to me.

She doesn’t know it. She doesn’t see it. She doesn’t know about the space I keep between us as a protection for her. She only considers splinter shafts and shards of a roiling hot love that explodes all over her. When it comes to her, my fear is wearing boxing gloves. It escapes me in words that pour over her, hot and jagged and bubbling and churning in a flow that is direct and never-ending. My words come in a flood. They won’t stop. How can they stop? It’s all I’ve ever had to convey my thoughts. All her life, I’ve tried to love her without touching her.

To understand that, you’d have to know more about where I come from. Touch was not much of kindness there. I didn’t want to mess up the first best thing I’ve ever seen. My daughter. My twin heart half. Instead, I’ve watched her unfold like a symphony. I have been her biggest fan. And, only when I am stirred to fear; only then, has she seen the vast swirling depths of me. Unfortunately, what she sees is a gawping volcano of love sent swirling with fear. It’s just how I’ve learned to love.

Oh, but she is the quiet force of the water over rock for me. And she pours over me. She bends me to my knees and brings me back to God again and again. I just love her. Deeply. Truly. And, it terrifies me. When her life careens off course, there’s no distance I won’t travel. No stone, I won’t pick up and hurl. No valley I won’t cross and no ocean too vast. No person too scary to beg from and fall to my knees. No alley too dark. And, no center of the storm nor thunder too frightening.

In the end, I hope that she will at least see that of me. Unfortunately, though, maybe she will not. And, it is here, right here, that I become re-born. In the aftermath of the escape, the hot wind swirled the headlong rush of my thoughts spinning away. Sitting next to the heartbreakingly beautiful young boy, who loves her without reserve. Who loves her enough to touch her and to reach out to her.

Who loves her enough to keep moving toward her. The boy who, by turns, breaks my heart and causes a slow, reluctant tugging on my belief again. In the falling and the rising and the sleeping in the waking. In the in-between. Within the unseen flourishing landscape that thrives.

In the slow, thick nodding of my lids from dancing eyes to the opening on the direct, unflinching green. Trapped in the battered blue-gray steel hurtling its way like molasses through five inferno states in a scorching burnt-out hell of late June. In a journey set to fire. Hurtling and limping along with the car, the screeching of steel joining a banshee crying cacophony and a full-throated keening voice, to an already out-of-tune song. Combining all parts of myself with the screaming of the wind and the scratching of the tumbleweeds.

There. In the confinement and the freedom of the wind that rushed through me, I am found once again. In the telling of my tales, my eyes are dancing reluctantly again. But I’m different, I do swear. I am glad about it.

In closing, I’ll just say that no good story with a happy beginning ever starts with “So, I went to Mississippi to get my daughter…” but there’ll be more about that later. And, there’s a ton of comedy in it, though mostly at my expense. But, for now, this piece is in tribute to what’s left of me. What’s become of me in the interim? It’s neither good nor bad. It just is.

In the handful of life’s things that truly have mattered, this is one of them. And, as usual, there she is in the center of it all. The tiny dancer with the imp heart and the sweet crazy impulsive pirate’s soul. There she is.

There’s God again too. So, here we all are. As I gaze across my yard, remade and reformed yet again. In the aftermath, in this pause in the reformation flicking of the kaleidoscope. It’s messy. It’s beautiful. It’s unexpected. The pretty pieces of me are stunning. But, in the end, for me, it is all that there is. It is all that is within my grasp to cling to. It’s just another stone placed in the rebuilding of Cynthia.

Thank you for reading my Mississippi Reformation essay.