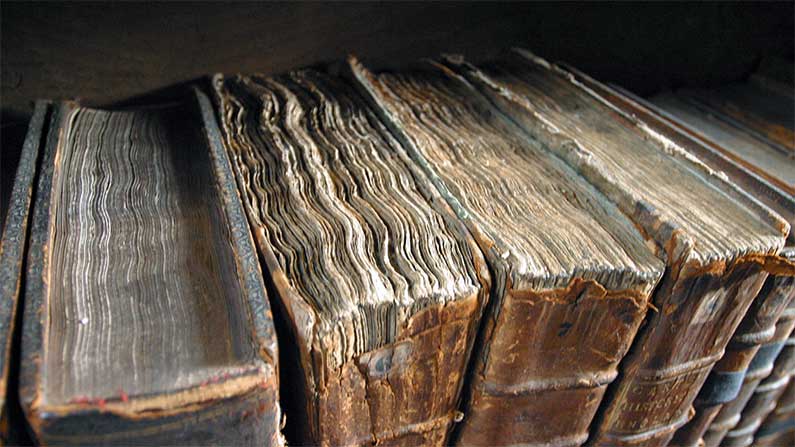 My approach to writing a novel has changed dramatically over the years. I started nearly thirty years ago by reading every book I could find on writing.

I followed all the advice, starting with a synopsis, then a detailed outline, character sketches, timelines—the whole gamut. Twenty books later (and twelve of them published), I have now discovered my own “system,” as it were. I’m not saying this approach will work for everyone, but it does for me.

Obviously, my system begins with an idea. I then start to flesh out that idea by talking with a few family and friends who have a genuine interest in my writing and don’t mind discussing plot ideas for sometimes hours on end. In fact, they have told me numerous times that they enjoy the process, also. When I first started writing, I was very close-mouthed about my plot ideas. I didn’t want to give anything away and ruin the story.

Well, as they say, it takes a whole community to raise a child, and, in my opinion, the same is valid for writing a novel. Another old adage, “Two heads are better than one,” also holds true in this instance. Therefore, it is imperative that I have a community of faithful followers who are willing to help bring my stories to life. People who genuinely care about what I do, offer constructive criticism and let me pick their brains. It’s amazing some of the ideas these people come up with, things I would never have thought of myself.

Next, I do compile a one-page synopsis, highlighting the main story plot and any important details that I’m afraid I might forget if I don’t put them down on paper. I abandoned the detailed outline, however, a long time ago. I’ve often said that, once I get started, my books write themselves. Inevitably, the finished product virtually never resembles the initial outline, so, for me anyway, that was just a waste of time. I do still utilize a timeline, though; for me, it’s a very useful tool. Every time I start a new scene or chapter, I add a brief description of what’s happening, along with the date, to the timeline—even if that scene is happening only a few days later. It’s just easier than scrolling back to see how much time has passed since a critical event. I also still use character sketches, identifying my main character’s eye color, hair color, age, etc. But, again, it’s easier to just look at the character sketch instead of going back pages upon pages to see what color eyes I gave a particular character.

As I said earlier, my books tend to write themselves. This happens as my characters develop throughout the course of the book. They become like family. I know them so well that it’s easy to say, “he wouldn’t do that,” or “she wouldn’t say that.” It’s out of character for them. Also, new scenes, new ideas will continually crop up when I’m in the process of writing—things I never thought of before, things that simply seem to “fit” with the flow of the story. Every scene, though, must advance the story in some way. It must help to develop a character, or drop a clue, or foreshadow a future event. If it doesn’t, it just becomes fill and bogs down the story.

I also tend to use a LOT of dialogue in my books. For me, anyway, it makes for much more exciting reading if my characters are talking about critical points in the story rather than just revealing them in the narrative. It also serves as a more exciting way to describe a scene. For example, in dialogue tags, I’ll have my characters moving toward the fireplace across the room or touching an antique clock that sits on a table. Much more interesting to read than just stopping the action and saying, okay, this is what the room looks like. There’s a fireplace on the far wall, an antique clock on this end table, etc.

Finally, when YOU think the book is done, when you’ve read through it two, three, or a dozen times, give it to someone else to read. In my case, my advanced readers are the same family and friends who helped flesh out the idea initially. This is not only an excellent way to find typos that you, as the author, might have missed, but it’s also a great way to discover any discrepancies in the story itself. Many authors think they know the story better than anyone, and they do—and that’s why we will miss a LOT of things that an impartial reader will catch. Authors tend to read right over typos, and the discrepancies may not be unclear to the author at all because they know the story and the characters so well.

I hope this helps any first-time authors

out there, if just a little. In short, every author must find a system that works for them and, through time and experience, you will discover yours. 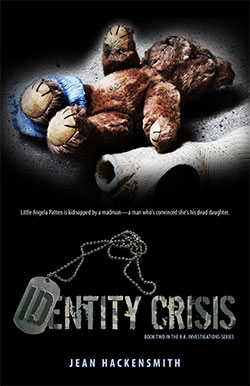 When rumors of how Dan Hamilton actually died reached the Cheyenne Chief of Police, Brian Koski is forced to resign his position as captain of the Sixth Precinct and go into business for himself as a private detective. His partner? A mahogany-colored Belgian Malinois named Sinbad. A former NYPD police dog, Sinbad is vicious when need be and reliable to a fault–unless a train goes by or there’s a thunderstorm, then chances are he will turn tail and run.

Brian’s first clients are Jeff and Melody Patten. He’s an explosives expert for a local demolitions company; she’s a stay-at-home Mom. Both are devoted parents to their young daughter, Angela. The problem comes in the form of one Collin Lanaski, an unstable ex-Air Force lieutenant and Angela’s second-grade teacher, who suddenly insists that Angela is his daughter. Unfortunately, the same daughter died in a tragic car accident four years earlier.

What does Collin base this incredible revelation on? Dog tags and car seats. Brian is convinced the man has suffered a psychotic break. He’s delusional and dangerous, and it becomes the P.I.’s job to protect Angela from a madman.