The Meaning of Friendship

Recently an email went out amongst a group of ladies that meet periodically. I’ve attended and been a part of this group for a while, though I admit that often due to scheduling conflicts, I can’t make every gathering.

They’ve been meeting for years and I’m certain some of their bonds must be very strong. The lady that heads up the group, like most people, has a story of her own and she’s interesting to me. I’ve noticed, and I’m new, that she tries really hard to keep the ladies group together. 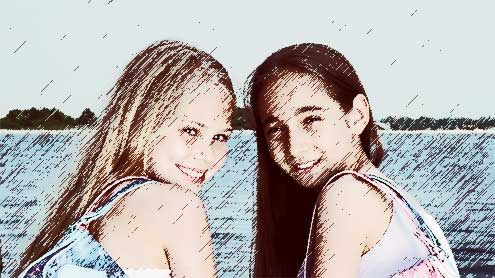 Several of the women are interesting, and I’ll be honest, that surprised me. Writers, in this group, who knew? Politicians, oh my, retirees, photographers, singers and master gardeners describe a few of the different types of people/personalities, that make up the women that meet monthly.

Typically the ‘visiting’ time is based around a ‘said’ theme, that’s emailed in advance, so everyone has time to process and think about her answers prior to the discussion. Such a letter went out recently. The topic was simple: What does friendship mean to you?

I noticed that we never fret over the time that we’re apart, but we truly enjoy and appreciate the time that we spend together. Our spouses don’t hang out like we do, but get along when we’re all in the same room or doing something as a group and I consider them true friends.

I have two daughters. One is a pleaser, she wants everyone to like her, and one seems to have her self semi-figured out. After a dispute with one of her friends, harsh words naturally exchanged, I tried to explain to my little pleaser that people who believed she could be replaced so easily, were not worth having in her life. They aren’t true friends; acquaintances, sure, but not real friends. I explained that people will come in and out of her life and treat her badly as long as she lets them. Fretting over someone that thinks she’s disposable, well, I thought she was cheating herself. She’s worth more. She heard the words but I’m uncertain she received them the way I’d intended, after all pre-teen, oh my goodness! She still held her position regarding a losing a friend,  and clearly she had not.

I struggle with the fact that the opinion of others mean so much to her; she’s such a great kid. I never thought an athlete, straight A student, would ever care about pleasing the crowd, but I was wrong. I hope she outgrows this or learns something from her little sister. Acquaintances are great; they are fun to hang out with from time to time and the friendships are usually easy come, easy go.

However, true friends are so rare that most people over the course of a lifetime only  have a few. I hope she learns this soon; little hearts that hurt, just so sad and unnecessary at such a young age.

“What does friendship mean to you?”