Yes, with a population of almost 4 million, it is the second largest city in the United States. It is obviously a big city.

No, it is merely a huge mélange of suburbs, with a downtown business district no one would visit without a pressing reason. 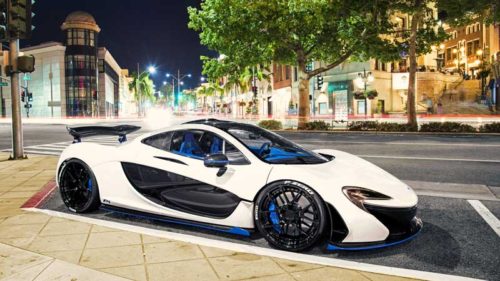 Yes, it is home to Hollywood, West Hollywood, Beverly Hills, Bel Air, Westwood, and many other thriving, vital, and historic communities.

No, those are not really districts of Los Angeles the way, for example, Wrigleyville and the West Loop are neighborhoods of Chicago, an actual big city; L.A. is composed primarily of numerous incorporated and unincorporated cities of their own. Ask Santa Monica.

Yes, they have cosmopolitan culture, to include the Dorothy Chandler Pavilion, the Getty Museum, and numerous playhouses and concert venues.

No, there is that much culture and more in Midtown Manhattan alone—and generally on a higher level.

Yes, we have an extensive freeway system, the Metrolink

commuter train system, as well as a good bus network.

No, you have cars and commuters–and almost nothing else. There are also subways, monorails, trolleys, trams, taxicabs, and more, my friend.

Yes, we have some international culture and cuisine. No, a genuine big city is a three-story supermarket; L.A. is a sprawling strip mall. We feature beautiful views from the Hollywood Hills. But you can’t see any skyscrapers–with or even without the smog.

Yeah, but we’ve got restaurants, bars, and clubs that stay open until 2:00 A.M. That’s when people start showing up in Tokyo and Paris. We’re the entertainment capital of the world! Then that’s how you’ll have to sell it: with image and advertising!