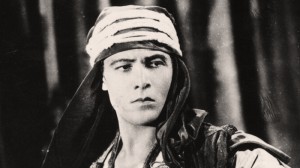 Although attendance at the service is free, on a first-come first-seated basis; and although the well-planned and managed schedule of events (complete with a beautifully designed and printed souvenir program) is a feast of old Hollywood nostalgia for all present.

It has apparently been a longstanding policy of the cemetery (originally called Hollywood Memorial Park Cemetery, and located on Santa Monica Boulevard adjacent to the north wall of Paramount Studios) not to advertise the event. 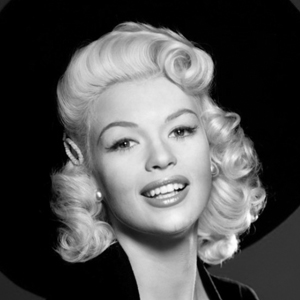 By the way, who else resides at Hollywood Forever?  What plaques and headstones might you notice if you arrive early and wander around before the noon ceremony for Valentino, or linger later after the hour-long program concludes?

Only the likes of old-time acting legends like Douglas Fairbanks and Douglas Fairbanks, Jr., Paul Muni, Adolphe Menjou, Renee Adoree, Janet Gaynor, Marion Davies, and Tyrone Power; then there’s King Kong dangling victim Fay Wray, and the inimitable Peter Lorre; there are giants of directing such as Cecil B. DeMille, Victor Fleming, and John Huston; along with more recent notables like Jayne Mansfield, Darren McGavin, Dee Dee, and Johnny Ramone; and scores of others. 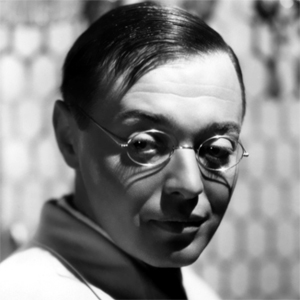 The seated audience (about 75) as well as a smattering of eager onlookers at the entrance are likewise treated to words both written about and by the legendary Valentino, both in prose and poetry.

The house comes down when 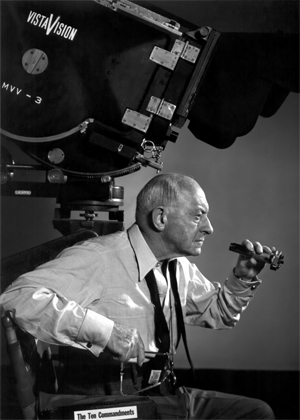 The proceedings conclude, however, on the most solemn of notes as the audience is led to participate in a unison reading of the 23rd Psalm.

The ambiance in the high-arched cathedral hall is then not unlike that of the rather dazed but somehow life-affirming and invigorating catharsis Aristotle promised we would experience at the end of a classical Greek tragic drama.

We slowly file out, and the heat and bright sunlight of an early Southern California August afternoon reminds us that, somehow, nearly 100 years have passed since Rudolph Valentino left us, and that we now have real lives to continue living.