Imagine if You Can… 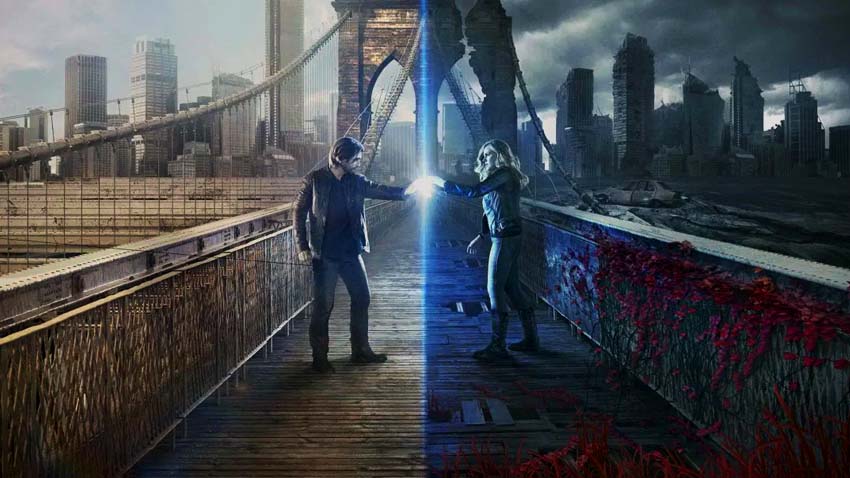 Imagine if You Can

Never could I have imagined that one day I would have chronic pain so bad that I would have to survive on pain medication.

Not in a million years would I have believed that my physical lifestyle would alter so drastically. I loved to dance. I took ballet and modern dance classes. I was also an avid bowler.

All that changed the day I fell down a flight of stairs on my way to my secretarial job. Now my physical activity is limited, even the slightest movement can change my day from good to bad.

It was a warm, bright, and sunny morning a month after my beloved grandmother had passed away in the year 1993. I thought I was going to be five minutes late for work, so I rushed to get ready. Just as I hit the stairs to get to my car, one of my high-heels caught on the scraggly rug my landlord had, and I flew out of my shoes.

I didn’t have a chance to grab the banister. In an effort to save me from possible brain damage, I twisted my entire body around in mid-air to land on my left side.

I cried out to my landlord for help. I could hear the pounding of feet inside the landlord’s apartment so I know she heard the fall. I lay there waiting for what seemed to be an eternity, but no help ever came. I prayed to the spirit of my late grandmother to give me the strength I needed to carry on…

Although my knee felt broken and throbbing painfully, I proceeded to stand up gingerly. I figured that if I was able to stand, nothing must be broken. Since I was no longer wearing both high heels, I limped to my car, putting pressure on the good foot, the high-heeled one. I don’t know how long I had been lying at the bottom of the stairs struggling to get up, but it took me an additional 45 minutes to get to work that day. I was working at a local newspaper, a job I loved.

Once at work, I immediately sat down at my computer workstation, rubbing my left knee vigorously. The boss walked over to me. I told him I had just fallen down a flight of stairs and that I was in a lot of pain… His reaction was, “you can still type, can’t you?”

I was so upset. I was not expecting such an uncaring response. Even if my boss thought I was using that as an excuse for why I was so late, that’s how he showed concern for his employees?! I thought he would say to me, “Go to the emergency room to make sure it isn’t broken, just in case.”

But nope, he walked away and came back with an empty cardboard box instead. He told me to keep my knee elevated on the box while typing and sit the entire day; maybe my knee would be okay. Although I was still in a lot of pain, I worked the entire 12-hour day because I was single then and needed the job. In hindsight, I should have driven right to the nearest emergency room rather than going straight to work.

After seven years of living on Advil, I finally went to an orthopedic surgeon for the pain. Unfortunately, the Advil had begun hurting my stomach. The orthopedic surgeon had had his radiologist take MRIs of every part of my body. And this is what he said the MRIs showed: a crushed spinal column, a pinched nerve in my left hip, two mildly bulging herniated disks in my lower back, a tear in the cartilage of my left knee (hence, the reason it had felt broken), and nerve damage on my whole left side of my body.

But no brain damage, which is what I had been most concerned about.

I was married by the time I went to the orthopedic surgeon, and the surgeon told my husband and me that I was not yet a candidate for back surgery but that I was a candidate for knee surgery. The reason was that my herniated disks were only mildly bulging then. They could not repair my crushed spine until they could do the back surgery, which wouldn’t be until the herniated disks were actually bulging out of my lower back.

When I told the surgeon that I would think about the knee surgery, he warned us that my injuries “will only get worse, not better” with the passing years. He said repairing the torn cartilage in my knee was easy, but he still could not guarantee I would no longer be in pain afterward.

Even though I went through five years of physical therapy, pain management, and prescription Vicodin, I told my orthopedic surgeon at the time that I could not go through with the knee or eventual back surgeries. I was scared. I was worried about the operations and how they might make the situation worse, and I dreaded the thought of having even more pain because of surgeries.

Six years ago, the doctor told me he could not continue to prescribe the pain medication if I did not have the surgeries. So he took me off Vicodin and prescribed a non-addictive form of Vicodin called Tramadol. I never went back to that orthopedic surgeon.

Today I rely on Advil once more. The Tramadol pain medication ran out, so I began taking this over-the-counter pain reliever again. But now, I make sure only to take Advil when absolutely necessary because I do not want to mess my stomach up again.

My fall, however, was a blessing in disguise. For years I had spoken of my dream to become a full-time writer. The fall downstairs enabled me to write full time because I could no longer work as a secretary.

You have to be able to constantly get up and down from your desk as a secretary, and I must sit as much as possible. Sometimes I mourn the fact that I can no longer dance to my heart’s content or bowl in a league as I once did. But the trade-off is that I no longer work for someone else, which I hated doing. I am now an author and publisher working for myself. Most importantly, I am working in a career that I love.

I know that eventually, I will have to go for back and knee surgeries. But first, I must fully overcome my fear that the orthopedic surgeon will make it worse rather than better. In the meantime, I do what I can on my good days, rest as much as I can on my bad days, and take only two Advil for the pain when it’s truly unbearable. Thank you, Father and Jesus, for more good days than bad.

Rosanne Catalano is a native New Yorker who is a published Author and the Owner, Founder & Publisher of The Cat's Meow for Writers & Readers Magazine, which is a literary magazine based on Rosanne's author website. Rosanne and her husband of 14 years reside in harmony with their two fur babies in Queens, New York City; Rosanne herself grew up in Plainview and Mineola, (Long Island) New York. The Cat's Meow for Writers & Readers Magazine earned a Bronze Award for Excellence in Ezine Publishing (2004-2006), and Rosanne Catalano's own writing earned her a Golden Pencil Award for Excellence in Storytelling (2002). Rosanne also has a 2nd book out titled "Mirrored Images", which she is happy to introduce because her 1st book, titled "Touch of Tomorrow," is out-of-print. "Mirrored Images by Rosanne Catalano", a compilation of Rosanne's poetry and short stories, can be purchased through Rosanne's "About" page on her website. She is currently writing her 3rd book, which will be her first fiction novel.

The Rhythm of Life

Ogho Eberekpe Sep 26, 2010 1
Earthly Pleasures Again, Mokwele stared at his family lying down. In the abundance of everything that is good…
Science