I’m on a quest, asking the experts – people already in the industry – for publishing advice to writers…

This week, I caught up with indie author (songwriter, singer, musician) Derek Haines to talk about the world of self-publishing. Fortunately for me, he is not only talented, prolific and friendly, he is a (generous) wealth of information. Come see. 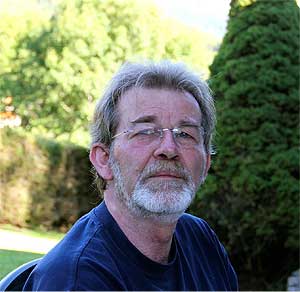 Derek Haines is an author of fiction, historical fiction, essays and poetry.

Born in Australia, but now living in Switzerland with his wife and his dog, his stories cross a wide geographical range but often draw from elements of his life and experiences in the two countries he calls home. From the rugged, dry and hot desert country of Australia and its crowded cities, to the cafés of Europe and the peaks of the Swiss Alps; from the hustle and bustle of Sydney, to the quiet life of the Swiss countryside.

Derek is also a songwriter, singer and musician with a number of albums to his credit.

j: From traditional paths, to small indie presses, to self-publishing, there have never been more options available to writers seeking publication. What factors did you consider in deciding to self-publish?

Derek: The first book I self-published was a crazy manuscript I had written ten years before. I stumbled upon some online self-publishing companies and thought it might be a nice idea to have a few copies for my friends and family. I was so pleased with the result I dug out another couple of old works and went about publishing them too. Soon I had achieved my goal and had my three books sitting on my bookshelf.

Then, three things happened that changed my thinking completely. One was that the books started to sell on Amazon. Second, my wife told me, after reading them, that the books were full of errors and typos. And lastly, I got feedback from readers saying they quite enjoyed them. This is about the time I panicked.

The next few months had me working on “revised second editions” of my three books. It was during this period that I discovered how much hard work there was in preparing a manuscript for publication. It was painstakingly slow. Finally though, I had improved my books to at least an acceptable quality.

Then, as I suppose all would-be authors do, I thought about traditional publishing and shot off my wonderful manuscripts to agents… probably in the hope of finding someone to do all the hard work for me, as it was clear that the writing was the easy part.

Although unsuccessful in finding an agent, I discovered that represented authors are typically locked into one genre. As I had just published a book of poetry, another book of essays and short stories, and a third that was urban fiction, I knew I was in trouble on this front. My fourth book, already being written, was historical fiction

I came to the conclusion that self-publishing gave me the freedom I needed to be able to write in a variety of styles and genres.

j: About the hard work of self-publishing, you’ve said, “You will be editor, proofreader, designer and your very own general factotum 24/7.” How do you manage all that, and what is your process for getting your manuscript from completion to publication?

Derek: When I started writing my fourth book, I had a completely different approach. Right from the very first stages of plotting the story, I was thinking about what the final product would be, even so far as designing the cover before I had written the first five chapters.

At present, I am preparing my seventh book for publication, and finally I have learned a few things. One is the necessity of having an independent editor. Second is the importance of advance readers. And third is patience. Because self-publishing is so simple, it is all too easy to rush into publishing a book before it is ready.

j: What about the opposite problem? How do you know when to STOP showing people your manuscript and accepting feedback? That can be an endless loop. Everyone has an opinion – some of them may even be good.

Derek: It usually takes about a year to prepare a novel for traditional publication. Most of this time is spent preparing the text. So as a self-publisher you need to be just as demanding. You need to keep in mind that your book will not just sell in the first few weeks, it will sell for years and years. All I can say is that with each new book I write, the care and time I take in preparing it for publication is longer. I finished writing my current book six months ago, and it will hopefully be released in about two months. However long this process may seem, it is also worth remembering that this time is used in pre-marketing your book, so it serves a dual purpose.

As for deciding when to stop, I have found that setting myself certain quality goals up front helps. If you know what the end product should be like, you’ll have a better idea of knowing when to stop.

j: Self-promotion is tricky. What are the methods you’ve used to get noticed and attract readers?

Derek: Be nice. Be polite. Be honest. Be there.

In my mind, self-promotion is about your personality. Some people will like you and others won’t, just as in life. Because I am located in a non-English country I need to use social media to stay in touch with my readers and potential readers. But I never confuse this with marketing and selling. My main aim in using social media for self-promotion is to attract people initially to my personality, then to my blog, and hopefully to my website. If I’m lucky, they’ll click though to an online reseller.

I also have a second blog and two twitter accounts that solely promote other writers. I find this very effective as it fits the new “give marketing” concept. That is to say that these platforms are working 24/7 in promoting other writers and attracting a very good following. Then, from time to time, when I want to promote one of my own books, I can use them myself. I like to call it 99% give, 1% take.

j: What is the absolute best piece of advice you can give to new authors interested in self-publishing?

I’ve read a lot of self-published books and unfortunately the one standout issue is editing and proofreading. You must get an independent editor who at least knows something about proofreading, grammar, spelling and punctuation.

A friend of mine who is also self-published has often said that there will always be the odd typo or two. This is true. But what you don’t need are hundreds of them. Just because you are self-published doesn’t mean you forget about quality control. This is something I’ve learned the hard way.

j: You have multiple websites, blogs and twitter accounts. Is it overwhelming?

Derek: In a word, yes. However, in today’s market these are the only cost effective options for marketing a self-published author. As your books will not be on a bookstore shelf and only available online, it is logical to use free or extra low cost online sales promotion.

It requires planning and discipline. While sitting on Twitter eight hours a day chatting may be fun, it is not very productive. You really need some degree of automation to use social media and the internet effectively. However, balance is essential otherwise you can quickly get a reputation as a spammer. The other consideration is what parts of your social media marketing are static and what parts are active.

I ration the active elements (interactive) to no more than 90 minutes per day. Answering tweets, emails, blog comments and posting on Facebook. But for a static element such as a new website page or “give marketing” twitter account, I may spend two days or more getting it right, as it will be working away automatically for me 24/7.

j: Finally, what do you like to read, and what are you reading now?

Derek: I adore discovering writers who are different. Jasper Fforde fits this bill for me. But I’ll read anything that grabs my interest in the first chapter.  With the clock ticking down fast, I am about to read my new book, February The Fifth, for the umpteenth (and last) time in the hope of it being ready to release on February 5th 2011. Without a typo or two!

Angular Trifecta 37: Who He Is