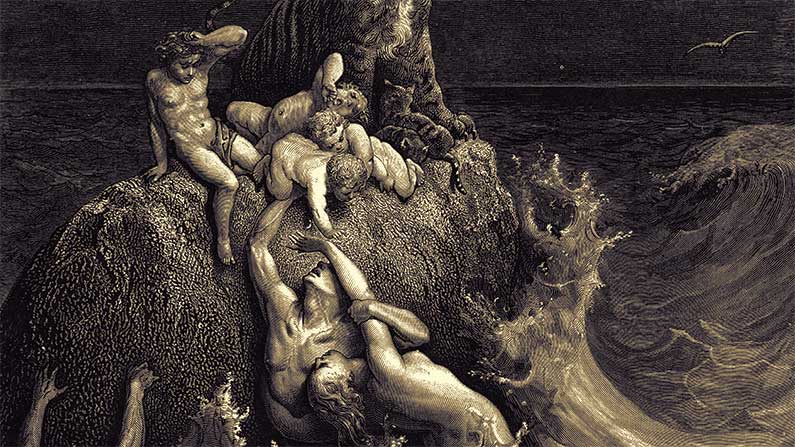 From my experience critiquing submissions as assistant editor at Bewildering Stories e-zine and critiquing stories for The Lucid Critique service, I’ve noticed that some authors don’t grasp the basic components to write a compelling story.

There are other times when I read a novel/short story and the author excels in one area but is weak in another. For example, the plot/premise is strong and unique but the characterisation and dialogue are subpar.

In this article, I’m going to show writers what makes a story great. It is made up of four very important components:

One recurring problem I encounter with many manuscripts today is that the authors wait until page 50 or 100 for a book to become interesting. Some people say, “If you go farther on it gets really good, and there isn’t half the padding.” There shouldn’t be a need for any “padding”! Writers must literally pique the reader’s interest on page one, preferably in the first paragraph. There should be many twists and turns in the plot, and each chapter should end on a cliffhanger.

Even though he was criticised heavily for his factual inaccuracies, Dan Brown’s The Da Vinci Code was effective due to the excellent cliffhangers placed at the end of each chapter, many of which were very short – bite-sized for bedtime reading.

You felt the need to turn the page and find out what happened next. Keep hitting the reader with unexpected twists and shock them and this will keep them enthralled.

Here’s a tip that has always worked for me and other writers I know. When starting your novel or short story, layout the events that occur in each chapter. You can use bullet points if that helps. By doing this, it will act as a map when you’re writing your novel. The author should now be able to see whether the overall plot works or not.

Remember, a weak plot means that the book will fall flat on its face and won’t entice any literary agent to represent you or a publisher to publish your book. Think of the plot as a foundation: if it’s weak, the story will crumble; if it’s strong, it will stand proud like the Empire State Building and be remembered long after the last word has been read. All conflict should be resolved by the end of the book, and there should be no loose ends. Readers hate loose ends!

The plot is only one of the ingredients to a successful book. This brings us onto…

Characters That Readers Can Relate To

A story is nothing without its characters. You simply need them for the plot to work. Characters are the conduit through which the events of the story unfold. One thing for authors to bear in mind is that for a character to be effective, the reader must feel something towards them.

That is he, or she, must either root for the hero or loathe the villain. If readers aren’t engaged or care what happens to them, then the writer hasn’t done his or her job. Characters, just like the plot, must be interesting and must evoke or elicit some response from the reading audience.

Readers must be shocked or appalled by the actions of the villain or jump for joy and cheer on the hero when he or she succeeds. Superman is another example of an iconic hero because everyone appreciates his morals and what he represents.

Of course, another ingredient to make characters realistic and identifiable is…

Sometimes the dialogue can make a particular character stand out from the rest because of a phrase he or she may use. For fans of Happy Days, everyone remembers Fonzie when he used to say, “’eeeeey!” as he greeted his friends. This made him unique, as this was his trademark.

Again, I revert to DC Comic’s Superman to serve as another example. His saying, “Up, up and away” has stayed with him over the years as well as his “pursuit for truth, justice and the American way.”

Dialogue can either make or break a story because it is meant to act as a catalyst to create tension between characters. It’s also worth noting that if you’re going to have a vicious bad guy, then give that character some great lines.

In Stanley Kubrick’s The Shining, everyone remembers Jack Nicholson saying, “Heeeeere’s Johnny!” as he drove the axe through the door when he chased his wife.

Dialogue must also sound realistic. Many times I have watched a movie supposedly set in Ireland with American actors (with atrocious Irish accents) saying, “Top of the morning to you, ma’am.” We never, ever say that here in Ireland. When reading dialogue, it must literally sound as if the characters are in the room with you and you’re just a spectator listening to their conversation.

It must sing to you and make you either laugh or cry. Cut out most of the “um” and “ah” sounds people make in real conversations as when written, it puts readers off.

If you want to know how people talk in Scotland, then go there for a week or two, and listen to the way they speak, what slang they use, etc. Take notes of what’s being said and how they say it, and this will sound authentic to Scottish people when they read it.

Much like today’s world, young people are constantly evolving and changing, and so too is the way they speak. Just because you may have been a teenager a decade ago, does not mean that young people still talk the same way today.

Ten years ago, we didn’t have iPhones, Twitter, Facebook, etc. so all new slang has been invented. Recently I found out that “sick” means really cool or awesome.

For example, “’Hey, man, I got a new game, and it’s sick! Wanna come over and play later?’” Noobie or “noob” is another term mostly used in regards to gamers who are new to a certain videogame e.g. the Call of Duty franchise. This is also used to label a person in the sport.

As you can see, dialogue keeps changing so do your homework when writing it.

No matter where your story is set, whether it’s Ireland, England, USA, or Mars, everything in that world or the characters’ environment must feel real, as if you could reach out and touch it. Little touches such as the colour of the walls or types of pictures hanging up on them, actually add to the atmosphere in that scene.

Smells are also important as it helps bring the reader’s senses alive. Imagine this scene: it’s the 1940s and the protagonist walks into a bar.

Here’s an example of what you could write. “Tom, walking in from the hot sun, removed his black fedora as he entered. He wiped the sweat from his brow. The four-piece jazz band in the corner played an up-tempo version of “When the Saints Come Marching In.”

The stale odour from the smoke was overpowering. There, sitting across the bar, hidden behind the thin fog of cigarette smoke, was his date, Rita. She looked alluring in her tight, bright red dress and her red hat tilted to the side. In her right hand, she held a thin black cigarette.

In front of her was a glass of martini half full. She beckoned him over with her sexy, come-to-bed brown eyes.” All those little touches such as, the colour of Rita’s dress and hat, the jazz band, the smoky bar, etc. makes the reading audience more involved in the story because they ‘feel’ like they’re there already.

It’s important to point out one last thing. If you’re going to write a short story or novel, make it one that people will remember for all the right reasons! If a reader goes away with a sour taste in their mouth after reading and investing their time in one of your books, he’ll never return to any of your other works again. Leave them enthralled and gasping for more.

Keep them hooked from page one and never let them go. Most of all, never give up in the face of rejection. Honing your art and perseverance are two traits of a successful writer who will go on to have a long career in this business.

If you would like to read further on this subject, I highly recommend Stephen King’s On Writing and How to Win Short Story Competitions by Geoff Nelder and Dave Haslett.

Aidan Lucid is the author of The Zargothian Tales series, and his first book, Return of the Son of Hamorin will be published next year. Aidan’s work has appeared in many anthologies, magazines and e-zines over the last decade. He is an assistant editor at Bewildering Stories e-zine and owner of The Lucid Critique where he does manuscript appraisals.