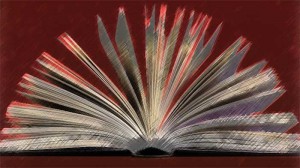 There can be a pretty low downside to being an independent author: You feel rejected, because you have been rejected, by agents and publishers.

Your bank account might have -ve signs in front of your earnings. You have an increasingly difficult time telling people what you do for a living.

BUT, the benefits are huge. Here’re eleven that came to mind this morning, when I finally woke up after sleeping in late:

Here’s an afterthought. I used the word “joyful” in number 6 above. Lately I’ve realized that not only does writing bring joy to my life, but joy brings writing to my life as well. And I’ll  bet that’s true for all of you who are writers, no matter who publishes your work.

Maya Kavita (J I Kendall aka – Joan Weston) worked for many years in the IT industry. She began writing with her books, The Greater-Than-Riches mystery series. Based in Toronto, Maya says, “I spent many years in an HR job, helping our company downsize. My work was harder than George Clooney’s in the movie Up in The Air because I had to fire a lot of people that I had hired and trained, whose families I had met. I even had to choose who would be fired. I had to help them carry their personal belongings to the door, and I searched their boxes while they watched because I was instructed to make sure they hadn’t stolen anything from us. I write from my experiences.”