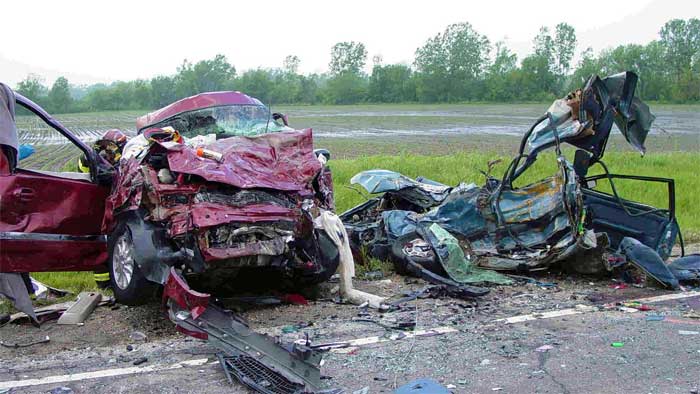 On May 3rd, 1980, Candace Lightner’s thirteen-year-old daughter Cari was hit and killed by a drunk driver as she walked to a school carnival.

The man who committed the crime had two previous arrests for driving under the influence. When Ms. Lightner was told about her daughter’s death she remembers collapsing, being carried into the house and “screaming all the way”. Her screams were soon to be heard across the nation.

After Cari’s death Ms. Lightner’s reactions were not that of passive suffering or resignation, she was outraged! Her anger became the spark that ignited Mothers’ Against Drunk Driving (MADD) and literally changed the climate of American culture by making driving under the influence intolerable.

Since leaving MADD Candace has worked with victims of violent crime and, as a woman of Lebanese heritage, with organizations that are trying to stop stereotyping of Arab-Americans.

“It’s funny because people will say to me in chatting about death, “Oh you are so lucky because your daughter went instantly.” I don’t think there is any lucky or unlucky situation. I mean, you are sort of dealt the hand you’re dealt and do whatever you do with it. I wish I had had the opportunity to have seen her, been with her, and had some time together before she died, but that is not what happened.

I can’t tell you that one loss is less painful than another. I haven’t had two children die, one slowly and the other suddenly. So, I am always amazed at how people can make judgments, you know, about how fortunate you are.

I remember being on TV once doing a call-in show. Of course, you could see my face and expressions. I’m used to doing a lot on the radio but not on TV.

Someone called in and said, “I just know that God meant for your child to die so you could do this.” I was floored. I didn’t cuss, which I normally did, because I was on TV, but I think I was so stunned that in looking at the tape you can see my eyes get real big.

I said, “I don’t think anyone planned for my child to die.” I used to get letters like that too. Like God chose you. Well, why didn’t he choose somebody else? I wouldn’t mind.

If I wouldn’t have gotten mad after Cari’s death I don’t know if I would have made sense of it or not. I think it was the fact that it didn’t make sense, there was no rhyme or reason, no excuse; there was no illness.

In this particular case, it was a crime that was the most often committed crime in the country and it had been completely and totally ignored. So it kind of doubled my anger, because it was treated so lightly.

It wasn’t as if she were murdered, where everyone would have gone, “That’s horrible!” I even had friends of mine who said that. I wasn’t angry with them because I knew that was true. It makes me realize that it was so acceptable that people weren’t shocked and horrified by the fact that she was killed by a drunk driver.

It was like, “How dare they feel that way about my child!” She was very, very special. Everybody should be horrified by it and they weren’t. So I think part of what I did was to make everybody horrified by it. I also think I had far more anger than most people I know. I am a very passionate person and I was literally enraged. I had never been so angry in my life and I hope never to be that angry again.

I don’t know what I would have been like if I hadn’t started MADD. It’s so hard to say because I don’t have anything to compare it to. This is not something I had a choice about, I had to do it. I didn’t think about it, I just did it.

Anger is very focusing, very directing, and progressive. It is much easier to focus on anger then it is on grief. That is probably one of the reasons I did it. I was in such horrible pain. I tend to do whatever I can to avoid pain, avoid feeling things. Getting angry was a good way to avoid dealing with the pain and the hurt and it was much easier to focus on the cause or blame.

In some ways, I was fortunate because I did have someone to blame. I had an individual to blame and I could do something about it. I could hope to have him incarcerated, which wouldn’t have happened if I hadn’t started MADD. I have always tried to get something positive out of anything negative, either through humor, life lessons, or whatever.

The full impact of Cari’s loss finally hit me after I left MADD. There were several things I began to notice. The last year I was at MADD I found myself getting very weepy. I was very burned out and wanted to leave. I no longer had the anger, the passion; the things I thought someone needed to do a good job. It just wasn’t there. Then Clarence Busch (the man who killed her daughter) was re-arrested. The similarities were so numerous.

He hit a girl the same age my daughter would have been if she had lived. The girl had the same name. Luckily, she didn’t die. When the press showed up in mass I did not want to deal with it. I found myself crying and going through the turmoil again. It forced me to make a decision.

After I left MADD I really started grieving, for leaving MADD and for Cari. Some said, “Five and a half years after she died? You should be over your grief by now. There is something wrong.” So I went to see a psychologist. told her I needed to grieve for my daughter.

I don’t deal with the fact that Cari was killed by a drunk driver anymore. When I grieve I grieve for who she was, the loss and love I still feel for her, the missing her, wondering what her life would be like. I look at Serena (Cari’s identical twin) a lot.

On Serena’s birthday I always get a little weepy thinking it should be Cari’s too. Serena and I talk every once in a while about what we think Cari would be doing if she was still alive, what our lives would be like. I don’t think, “Oh, she was killed by a drunk driver.”

I was fortunate to be able to see her after she died. I think that the biggest thing the parent goes through with a child is wanting to know that they’re OK. I know that she is. In the first week there were a lot of occurrences that happened, we all sort of felt her. I know she’s fine . . . probably better then the rest of us.

My pain or grieving is more about missing her presence. There is an inside ache. It’s hard to explain . . . just the loving and holding, the touching, the physical. I’ll dream about her. I’ll dream I’m holding her, loving her or something physical, even sleeping in bed with her and holding her. I don’t dream about her often but when I do that is the kind of dream I’ll have.

I will wake up momentarily thinking or feeling that she is alive. That comes from the joy. It’s a good experience. If there is a need in me to hold her and hug her and love her again, I’m assuming that there is, the dream will satisfy that for a period of time.

I didn’t look at it as a life lesson when I started MADD; it was just how I was feeling. People think I’m very altruistic, I’m not. Starting MADD helped assuage my anger and deal with my pain by avoiding it. There was also a fear that it would happen again to my other children because it had happened once before. It wasn’t because I wanted to save the world.

When they interviewed me for the movie about Cari and MADD, the producer said, “Why do you do this?” I said, “You don’t understand. I don’t have a choice.” It was my nature. I never believed you had to accept things as they were.”