How Do You Develop and Differentiate Your Characters?

Usually I try to do scenes with only two characters since it’s easy to differentiate between two characters, but in Daughter Am I, I ended up with twenty-five-year-old Mary Stuart driving around the country with a bus load of funny and heartbreaking octogenarians, including a con artist, a dying hit man, and a gangster’s moll.

Because these characters were always together, I had to give each a specific characteristic — a foible — and I had to make sure those foibles became part of the story, otherwise the characters might have turned into caricatures. For example, Happy (an ex-wheelman for the mob) has Parkinson’s disease. He also carries a gun, which terrifies the others since he can’t hold the gun steady. Mary ends up confiscating the gun. The weapon, Happy, and Mary’s relationship to both gun and man become a part of the story. Another character, Crunchy, used to be a mob enforcer, and he becomes Mary’s protector, promising to crunch anyone who does her harm. This promise, too, becomes part of the story, as he learns his limits and she learns to take care of herself.

As for dialogue, each character has a specific way of talking. For example, Happy is prone to gloomy pronouncements, Teach loves to lecture, Crunch speaks in broken sentences, Kid Rags always talks food and drink. Especially drink.

Here are some ways other authors develop and differentiate their characters. The comments are taken from interviews posted at Pat Bertram Introduces . . . 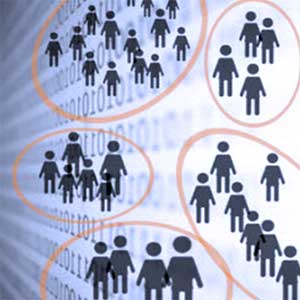 From an interview with Sherrie Hansen, Author of Merry Go Round:

I think my characters have very distinctive personalities, and in Merry Go Round, the differences in the sisters is very apparent when they’re all in the same scene, interacting with one another. I try to get into their heads and consistently think and act like they would.

From an interview with R.M. Doyon, author of Upcountry:

Like most novelists, my characters are based on many real people. I liked to take one quirk here, one detail there from many different individuals and create a new person. Once you build a character, particularly a principal player, the most important questions I had to ask myself were: would he or she DO something like this? Would he or she SAY something like this? Are they true to themselves? You must give them a personality, but at the same time a very human element. Humans are not perfect. They make mistakes in judgment, and so it was important to keep them true to themselves.

So, how do you develop and differentiate your characters?